The Taylor Bennett Show is the debut release from 17-year-old Chicago rapper Taylor Bennett. The project premiered September 1, 2013 via FakeShoreDrive.com, and has since continued to make waves. In addition to generating a significant buzz online, The Taylor Bennett Show also landed Taylor in the pages of XXL Magazine’s October/November 2013 issue. Listen to Bennett’s debut project below, and stay tuned to TaylorBennettsWorld.com for new music, videos and everything else Taylor Bennett.

Taylor Bennett – Heartbreaker Lyrics:
[Hook]
I’m such a heartbreaker, and I think she realized
All the lies I said were true
I’m such a heartbreaker, and I think she realized
You just realized you’re you (X2)
[Verse]
Is it okay that I can’t stand next to you?
Is it okay that I can’t wait to get home and touch you?
Is it okay and if not
Then I don’t know what to call you
My friend, my girl, my wife, my life
I know it’s hard but that’s just life
Wake up every day with your goals in sight (sight)
Go to sleep non-accomplished
Know you’re looking for your accomplice
Close your mind, look a little closer
Sleep eyes open, doors closed don’t approach em’
Waking up early, late nights been sober
Been a little more kosher since me and you were over
Always looking for a new me
Think I’m caught up with all these groupies
But truthfully, you tripping
Lost over violence every night you slippin’
I love you I hate you but don’t you go running (running)
Take off and leave for the better’s coming
I hope you know what your running from coming to get you
And take you back to Earth
[Hook]
[Bridge]
Heartbreaker
Were true, were true
Such a heartbreaker
Realized you’re you
Heartbreaker
Lies I said were true
Heartbreaker
Realized you’re you
[Hook] 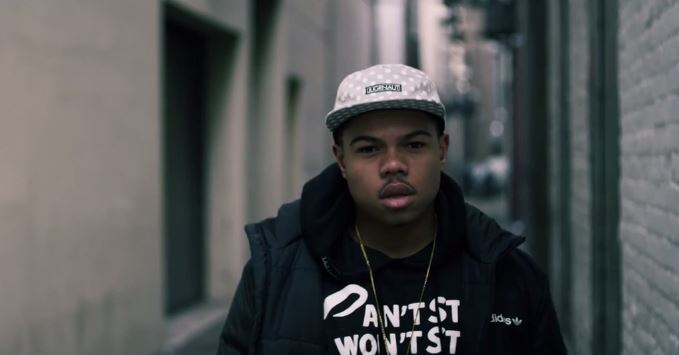