Skip to content
Home » Music » Tamia – Sandwich and a Soda

For six­time Grammy nominated singer­songwriter, Tamia, “Music is just a part of me and everything I do, every step that I take.” The Canadian born vocal powerhouse has lived by that mantra for a career spanning over two decades and solidifying her as one of the most recognizable voices in R&B music. Tamia’s voice has become synonymous with the new definition of soul and spawned hits like ‘You Put A Move On My Heart’, ‘Stranger in My House’, Officially Missing You, ‘So Into You’ (later re­recorded with Fabolous in 2003), and the 2012 hit single ‘Beautiful Surprise’. Tamia’s big break came when she collaborated on Quincy Jones’ Q’s Jook Joint album in 1995, followed by the release of her self-titled debut album. During that time frame, this previously unknown singing sensation received three Grammy nominations: Best Female R&B Vocal Performance for “You’ve Put A Move On My Heart;” Best R&B Performance By A Duo Or Group with Vocal for “Slow Jams,” which she performed with Babyface and Best Pop Collaboration with Vocals for her work with Brandy, Gladys Knight and Chaka Khan on the single “Missing You” from the Set It Off soundtrack. To top it all off, the amazing Tamia was also nominated for her fourth Grammy in 1999 for her chart-topping duet with Eric Benet, “Spend My Life With You”, which also earned her a 2000 NAACP Image Award. As anticipated, Tamia’s next few albums would be brimming with timeless music that perfectly encapsulated her unforgettable vocal abilities. 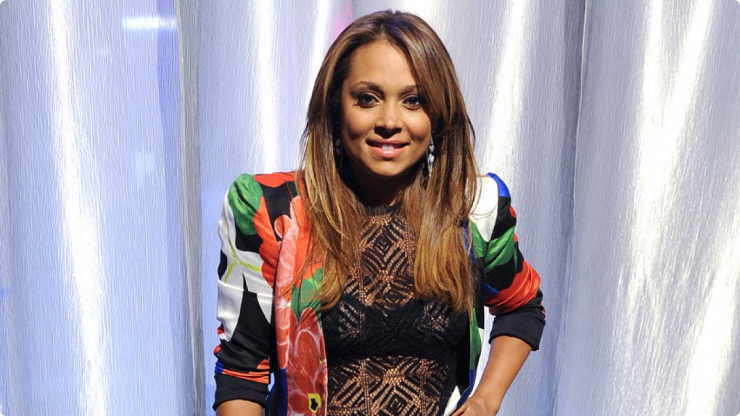 With the release of Tamia’s fifth studio album ​Beautiful Surprise, the singer explored various genres of music, blending her special passion with each style and making them her own, showing her creativity as an artist. The album earned Tamia another two Grammy Awards nominations in 2012: Best R&B Song and Best R&B Album for ​Beautiful​ Surprise, a first for a Canadian artist. A modern day woman and matriarch, Tamia balances her artistry and career with being a supportive wife to husband and NBA Hall of Famer, Grant Hill and a loving mother to her two daughters. Together, Tamia and her husband created The Tamia and Grant Hill Foundation where they continue to be recognized for their philanthropic involvement with several charities. Tamia is also the founder of Plus 1 Music Group, which successfully released three studio albums Between Friends, Greatest Hits, ​and ​Beautiful Surprise. Tamia’s beautifully crafted sound is a reflection of her many inspirations and her innate ability to master genres from R&B and neo soul, to gospel, jazz and hip hop soul. “After 20 years I continue to be inspired by the places I visit and the people I meet, which allows me to include a piece of my experiences in the art I create.”

Tamia – Sandwich and a Soda

After signing with Def Jam Recordings in the summer of 2014, Tamia immediately began working on her sixth studio album collaborating with an impressive list of hit makers. The sultry vocal styling sifts perfectly into the R&B melodies of production offered by some of the most notable producers in the music industry. Sandwich And A Soda” is the sexy debut single off Tamia’s highly anticipated forthcoming album “Love Life”, set for release in June 2015.

Tamia – Sandwich and a Soda Lyrics:
Spend the night here
That’s what I’m talking about boy
I’m just saying
And I ain’t playing
It ain’t like that with me when we be layin’
Let me love you
You’re looking tired of thes ebasic lovers
When I know the subtle
You got the highest You don’t got to settle

If you wanna ride these curves
Hop on this Chevvy nova
And if you gonna drive with nerve
Baby I’m gon’ be your choffeur
See I can make you feel good love
And when it’s all over
I’mma fluff your pillow baby
Bring you a sandwich and a soda.