Seamlessly blending alt, classic and art rock, London-based five-piece Talma command a magnetic presence that’s more than primed to scale from the ferocious intensity of the UK’s underground scene to the electric atmosphere of arenas worldwide. TALMA’s raw and unshackled live performances are where they truly run riot. They’ve supported the likes of Queen’s Spike Edney and received acclaim for their intense energy and all-out charisma from London all the way to LA, where they found a fan in industry commentator and author Ari Herstand. Wielding only a microphone, singer Henry Adams captivates attention with a bravado and charm that’s rarely seen among many frontmen. The telepathic tightness and ferocity of guitarists Jack Rennie and James Creed, bassist Pete Warren and drummer Jonny Harrison make TALMA a force to be reckoned with. Where the band draw direct inspiration from the likes of The Smiths, The War On Drugs and The National, they incisively employ a musical diversity and agility comparable to the likes Radiohead and Wolf Alice. The result is a band who operate without creative constraints and who are more than ready to help shape the next wave of British guitar music. 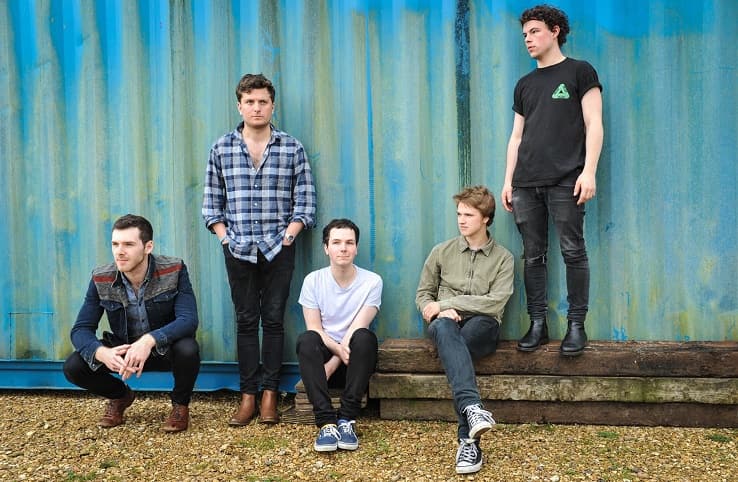 With its cascading production and hook-heavy statements, ‘Lifeline’ is a pulsating alt-rock offering that takes an incisive look at life in the modern city and the sense of alienation that can come with it. Frontman Henry Adams explains: “Lifeline explores the juxtaposition of being surrounded by millions of people – for us, in London – but still feeling a sense of loneliness every day. There are moments where it seems no-one can see you, yet everyone is watching you. This paranoia can drive people away from the city, and so we look for lifelines to tether us to the places we try to call home.”

Adams’ lyrics and unique vocal styling runs reminiscent to that of early Morrissey as he grasps the sincerities of modern life with a swagger all his own. By turns romantic and reflective, and with a vocal line that packs wide ranging emotion, ‘Lifeline’ reveals TALMA to be a return to rock’s visceral songwriting origins. Produced and mastered by Jason Wilson (Reuben, Don Broco, Fightstar), ‘Lifeline’ is a cathartic performance from a band destined to reanimate the seemingly lifeless bones of rock and roll, and challenge any notions that guitar music is dead.