Seamlessly blending alt, classic and art rock, London-based five-piece Talma command a magnetic sound and presence that comes straight out of the underground scenes of London. TALMA’s raw and unshackled live performances are where they truly run riot. They’ve supported the likes of Queen’s Spike Edney and received acclaim for their intense energy and all-out charisma from London all the way to LA, including praise from industry commentator and author Ari Herstand. Singer Henry Adams captivates attention with a bravado and charm that’s rarely seen among many frontmen, while the telepathic tightness of guitarists Jack Rennie and James Creed, bassist Pete Warren and drummer Jonny Harrison make TALMA an artistic unit to be reckoned with. Where the band draw direct inspiration from the likes of The Smiths, The War On Drugs and The National, they also incisively employ a musical diversity and dynamic range comparable to the likes of Radiohead and Wolf Alice. The result is a band who operate without creative constraints and who are primed to challenge the seemingly predetermined binaries of modern British rock. 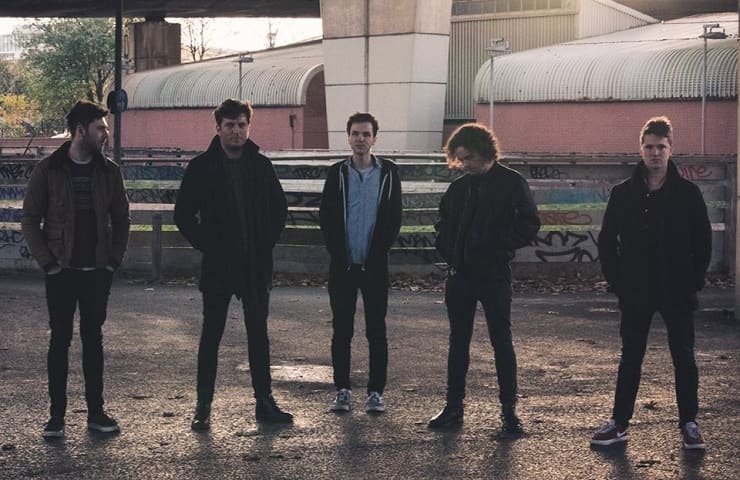 With its urgent ticking drums and syncopated bass lines, ‘In Circles’ is a canny sleight of hand from London alt-rock band TALMA. Frontman Henry Adams’ vocal line pairs with guitarist James Creed’s lyrics and arrangement to create a tune which effervesces with heady romance and nostalgia. As James explains: “In Circles is about the sense of apathy we can experience when returning to a routine lifestyle after time away from it all – the everyday, the mundane. Where the loss of rhythm helps us to see what’s before us with renewed perspective, it can ultimately lead us to question it too. We all crave a sense of purpose, but affecting a change towards that offers the unknown. We then have a choice; to resign ourselves to the security of these sleepless cycles or to take a chance, step away from paths well known and chase a new sense of meaning.”

The second EP from London based TALMA, Out To Sea sees the alt-rock 5 piece produce some of their most powerful and intricate works to date. Taking inspiration from rock music’s most innovative artists including Nick Cave & The Bad Seeds, The National and Radiohead, the EP is defined by the dexterity of its guitar led arrangements and a poignant lyrical anxiety regarding the modern world. Themes of loneliness, isolation and upheaval are explored with a sense of romantic optimism, showcasing a musical offering that proves that TALMA aren’t just another glib or fanciful indie group. Like their heroes, they’re conscious of the power of rock as an art form primed to tackle timeless concepts and get to the heart of what it means to be alive and to be human.

‘In Circles’ is the second single lifted from TALMA’s sophomore EP Out To Sea. The track is about the apathy of the everyday, the mundane, and a longing to step away from these sleepless cycles.