Fanshore and Tropic is the vital new collaboration between Londoners Tyler Darrington and Tristan Gibbs (Fanshore and Tropic respectively). Originally the pair worked together for about a year on Oxford Street in Urban Outfitters, both were in bands but had a mutual interest in each other’s work. Tristan sent Tyler some voice memos with potential material and the duo quickly realised they had a unique chemistry. Though at the start of their career, their debut song ‘Sunlight’ proved an incendiary introduction to their unique style. Tyler’s old school musicianship (funk guitar lines, groovy bass, rare samples, and simple beats), scores Tristan’s natural lyricism. 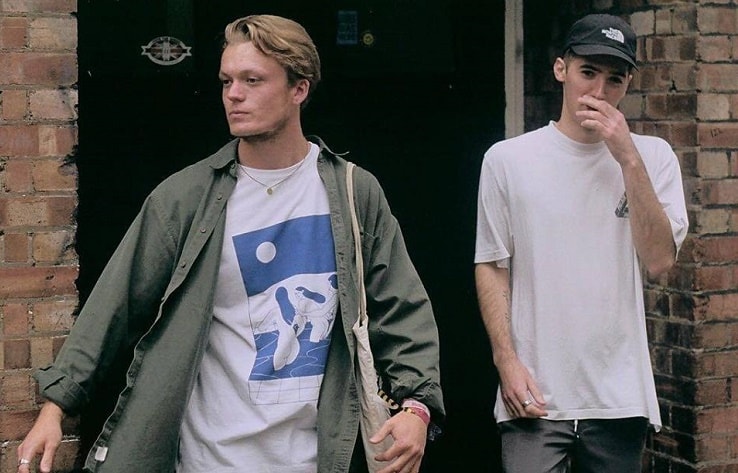 With a mutual love for jazz, soul and hip-hop the duo sound both classic in their old-school flourishes, and thrillingly contemporary in their tendency towards observational storytelling culled from their experience of young urban life. This year sees them working on their debut EP with plans to release it by summer. While relatively new, Fanshore and Tropic is already a fully-formed sound, and even the slender body of work they have online exhibits a duo carving their own niche in international hip hop.

Fanshore and Tropic’s latest track ‘Reaper’ is an intensely evocative sonic foray into their vital new sound. The easy listening style loop gives it a nostalgic romance that recalls the escapism of instrumental hip hop pioneer Monster Rally. Centred around a girl who finds herself consumed by London’s distractions, Tropic’s vocal veers between subtle and measured bars and memorable melodic hooks. ‘Reaper’ was written and finished in two days after a break over the holiday period. Together the duo consolidated their sound, refining their approach to craft a worthy follow-up to their ‘Sunlight’. It’s world’s away from the braggadocio of contemporary grime and trap. It’s also far removed from the sad boy breakup songs that dominate the chart, and in its spontaneity and authenticity it finds something exciting, and more pivotally, it’s a sound that could soon prove very influential indeed.