Sword Art Online: Hollow Realization is a video game developed by Aquria and published by Bandai Namco Entertainment for the PlayStation 4 and PlayStation Vita, based on the Japanese light novel series, Sword Art Online. It is the fourth video game in the series and the successor to Sword Art Online: Lost Song. In the land known as Ainground, Kirito meets Premiere, a mysterious Non-Player Character (NPC) who has not been coded into the game. Kirito and friends vow to protect Premiere while uncovering the truth about her null coding. However, they must also contend with so-called Blue Cursor players now hunting NPCs whom cannot respawn after death, similar to the victims of Aincrad. The game takes place after Lost Song in chronological order. Wikipedia®. 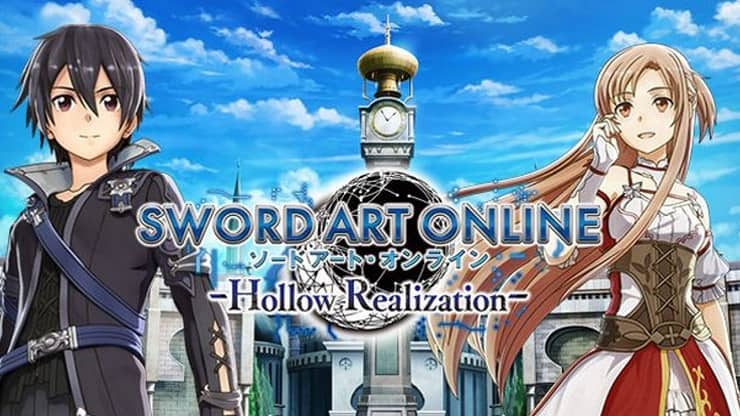 A new battle system also features in Hollow Realization, where the four-person team of players fight monsters using sword skills in a similar fashion to the original Sword Art Online game. Players can also direct and receive guidance from party members in collaborating to perform team strategies and attacks. Players perform chain attacks with party members using a “Switch” system for greater damage output against powerful monsters, including charged attacks and aerial combos. This includes “Named Monsters”, which are monsters with significant strength that appear without warning. Set in a “wider world”, Hollow Realization features monsters new to the series. A healing system in the game allows defeated characters to rejoin the battle as long as teammates are still fighting. The game features online multiplayer.