Shenna is an Indie-R&b/Pop singer, songwriter, actress, and model from Woodbridge, VA who released her first major project, entitled “Dream In Color” on May 20, 2014 and her album “Made Of Gold” on Oct 17, 2016. She has performed in front of thousands of people across the United States at places such as The Show Place Arena,The Highline Ballroom to name a few. She has also received radio airplay and blog reviews in several countries and is currently working on new music and performing with her band. 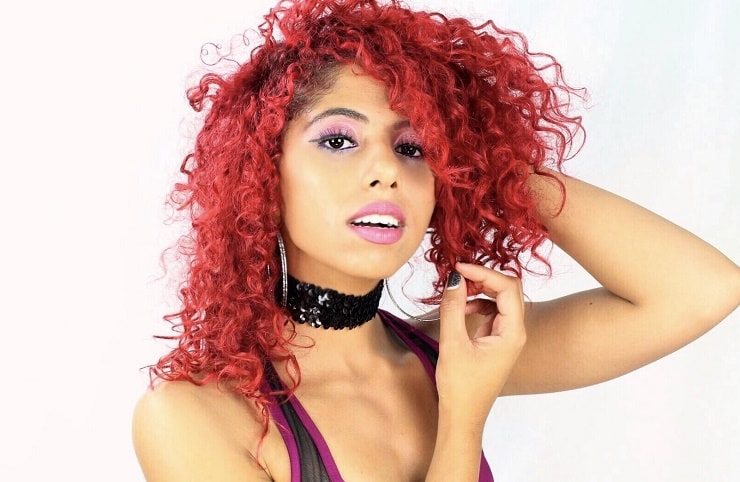 Of Syrian & African-American heritage, Shenna grew up in Virginia, studied at historic Howard University in Washington DC, and then moved to NYC. She created tangible buzz with her 2016 debut album, Made of Gold, receiving licensing placements on VH1, MTV, Oxygen, and racking up 180k streams after being included in Spotify’s Discover Weekly. Magenta’s trajectory seems to be following suit, with almost 5k streams in less than a week, and love from Highclouds and Highsnobiety who described its sound as, “Riding around in a cherry-red convertible going well over the speed limit drinking a cherry slushie.”

Shenna says of “Magenta,” “It’s a fiery track to make you feel sexy and confident in the moment and give you the courage to finally say, ‘Hey, I want you’ to the person you have a thing for! The perfect record as cuffing season hits us in the face.” Hot off shows in London, her next NY show is November 18th as part of The National Sawdust’s The Revolution series, highlighting Brooklyn and Harlem artists evolving their genres.