Skip to content
Home » Music » Sun And The Wolf: Precipice

Forming from the ashes of another life in New Zealand, Sun and the Wolf’s Brodie White, Peter Mangan and Mike Tweed relocated from Auckland to Berlin in late 2008 leaving behind the comforts of home and a band formed in their teens that had carved it’s name upon the New Zealand rock’n’roll scene. Formerly known as The Have, these young Kiwis had experienced commercial radio and television success, three invitations to SXSW in Texas, a number of syncs on international EA sports video games and the experience of having their debut album produced by Barrett Jones who worked with Nirvana and The Melvins. But the debaucherous embrace of Berlin beckoned, and at the end of 2008 nothing seemed more exciting than the idea of relocating from Auckland and starting things a new. 2009 and 2010 was a shedding of skin for the displaced New Zealanders. 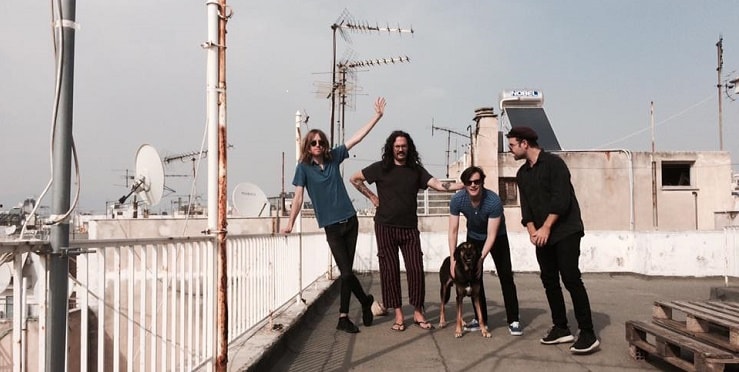 It saw Sun and the Wolf morph not only from The Have in name but also in style. The raunchy riffery and breakneck pace of The Have’s garage rock and four to the floor rock’n’roll made way for the drone of slower paced psychedelia and more space for instrumental jamming. It felt as if the beautiful grime of their newly adopted city was seeping through the cracks of their skin and inspiring a darker more sinister collection of songs. Happy with the sounds of this new material that they had demo-ed deep in the heart of the abandoned Tempelhof Airport, Sun and the Wolf recorded ‘White Buffalo’ in the summer of 2010 and released it in Europe, and at home in New Zealand via boutique label Banished From The Universe in 2011.

Sun And The Wolf: Precipice

The album produced alternative radio success with anthemic jangling psych-numbers ‘13’ and ‘You’ as well as the dirgey loping ‘Crocodile’ which was accompanied by a music video directed by acclaimed German director Uli Schueppel. With the recent enlistment of Greek demigod and multi-instrumentalist Achilles Charmpilas on the bass and the can freshly closed on creating the album that explores the trail that the White Buffalo left, Salutations have gladly been made to fans of psychedelic music and adventures in sound. 2015 is proving to be the busiest year yet for the boys, who traveled Europe along with the Black Rebel Motorcycle Club, Radio Moscow and Colour Haze. Their upcoming fall tour will finish with them finding their way to the prestigious Rockpalast Crossroads Festival stage.

Sun And The Wolf: Precipice Lyrics: