Born from a dark and grey-dominated neighbourhood, a bleached white beacon stands contrast to the surrounding backdrop. Rattling fixtures vibrate as a nightclub sound-toxicity pollutes the barren endlessness. Lumberjacks fuel the fire as boiling water spills over to the sound of high velocity guitar chords bouncing across the walls along the dimly lit hallway. Inside breathes a 4-piece mish-mash of characters from across the waters to the 3 land Corner. Stonedrifter take over their mysterious so called studio Peace Island. Here they live and create together breathing in the same air and sharing the same soup bowls. Iian Drums, Kylo Bass, A.X Guitar & Gary G.lion on Vocals. 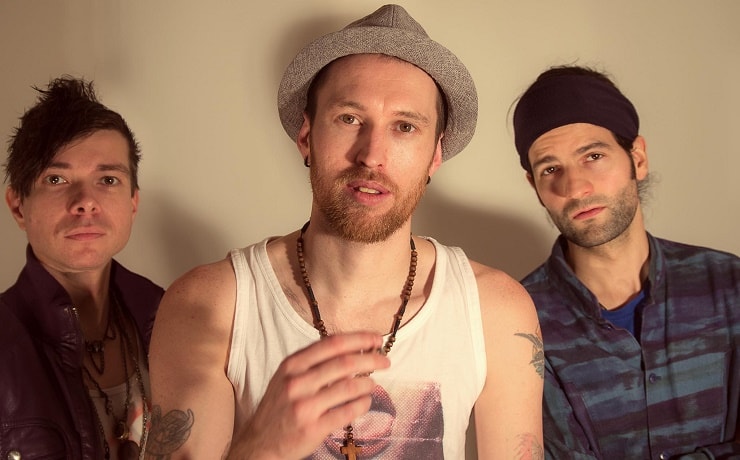 Living on top of each other and sharing the same space to work, relax and inspire creativity, the boys come complete with a full soundtrack of edgy Rock/Punk/Crossover guitar-music. After nights sleeping with the stones, heavy breathing and cold sweats the band will step out to release their debut single & video ”CITY OF HOPE” on the 9th of December, followed by a hands in the air green machine city of hope single release party at Sage Club Berlin. The awakening of 2017 brings a 7 Track EP release titled ”Green Machine”. The band retreat back to the place they saved and who saved them, back to sitting in neon filled noisy rooms, back to pouring out the contents of their creative minds over a crate of dwarf’s brew, back to bunking themselves down into a world of cables, chaos and miracles.

Focusing on a British indie rock sound, Stonedrifter lead with a steady combination of distortion and melodic guitar influences, prominent drums and high velocity energetic vocal sequences guide the band’s sound towards the likes of Foo Fighters, Jet, Nirvana and dashes of The Clash and early Police.