2015 has been a huge year for Sugarmen. The band played two Hyde Park shows with The Who and Blur, as well as sharing stages with Sleaford Mods, The Bohicas, Hooton Tennis Club, Deer Hunter, Metronomy and British Sea Power. The four-piece have toured hard and reinforced their growing reputation for high octane live sets, driven by charismatic cool and electric chemistry. Debut single ‘Dirt’, produced by Clash legend Mick Jones, was made XFM single of the week on its release in March and has racked up over 100,000 plays on Spotify. It’s easy to hear why: ‘Dirt’ is two-and-a-half glorious minutes of pure accelerating guitars matched with anthemic vocals. 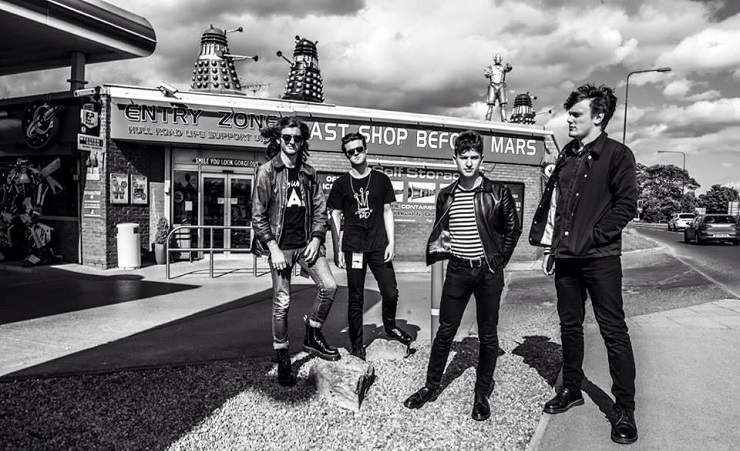 Their new single ‘Plastic Ocean’, a galactic track that explodes into life with a collision of fractured rhythms and angular riffs, boasts clever lyrics, power-surged vocals, and spaghetti western guitars, all driven by an unrelenting rhythm section and infectious melody. ‘Plastic Ocean’ captures on record the on stage energy the band are renowned for, it’s as sharp a statement of intent as you’ll ever hear.