If Brian Wilson had dropped acid on the beach in Brazil and decided to record an album with Os Mutantes and The Flaming Lips, it would sound like this- all psychedelic pop Wall-of Sound and beach balladry. 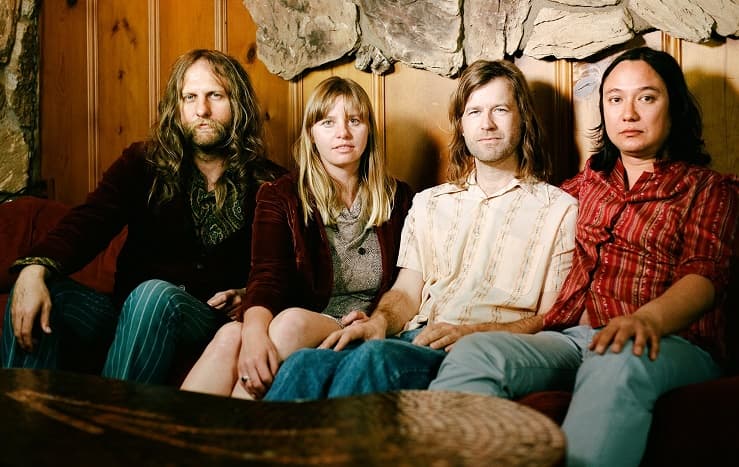 Sugar Candy Mountain’s first ever European tour begins this March with 6 weeks of dates in Germany, France, Switzerland, Spain, Portugal, Italy and the UK. Our latest album “666” will be re-released on the German label It’s A Gas Records which also features our friends The Blank Tapes and Roaring 420s. The band recently moved to LA and began recording the next album with Jason Quever (Papercuts) at his new LA studio, Palmetto Recording. We look forward sharing new songs with you soon.

“Our new album “666” released on PIAPTK Records and It’s A Gas Records is available now. Buy it here or save on shipping and pick up a copy at one of our upcoming shows. We recorded the album in the Fall of 2014-Spring 2015 with Papercuts’ Jason Quever in San Francisco and our Oakland studio. We look forward to sharing it with you on our upcoming European Tour which starts this March.”

Sugar Candy Mountain: Tired Lyrics:
Tired. Why am I tired all the time?
Not that I really mind
It just another kind of life for me
Dreams creep in on tender feet
They rob me while I sleep of everything that’s dear to me