A collective of modders have released Stalker: Lost Alpha, a mod of GSC Game World’s first-person shooter survival horror game Stalker: Shadow of Chernobyl. The team began the Lost Alpha project in 2008 to add back the cut levels and the project eventually evolved into a dedication to improve the game. According to modder on the project who goes by the handle of CrommCruac, the mod plays fine but isn’t “what they would call perfect.” However, the team is pleased with overall job and intend to update the game “whenever we can to make it even better than it is now.” “After a while, it became more than just a modification, it became our dream game, how we saw S.T.A.L.K.E.R. We hope to give you the same feeling when you first played S.T.A.L.K.E.R.,” user CrommCruac wrote in the mod’s description. “A new chapter with familiar elements without which S.T.A.L.K.E.R. would not be the game we all grew to love. Lost Alpha was a labour of love. We are passionate about it and we hope you all will enjoy it as much as we enjoyed creating it!” Stalker: Lost Alpha is available in four parts via the Mod DB website. You can see the mod in action in the trailer above, which features early build footage and is not indicative of Lost Alpha’s current build. Stalker: Shadow of Chernobyl was first announced late 2001 and was slated for release in 2003. After being pushed back several times, it was released worldwide in 2007 for Windows PC. CrommCruac also had a hand in Misery 2.0, a mod of Shadow of Chernobyl’s sequel Stalker: Call of Pripyat. Misery 2.0 added graphical improvements, weapons, items, sounds and music, AI balancing, increased difficulty and new factions to Call of Pripyat. ModDB®. 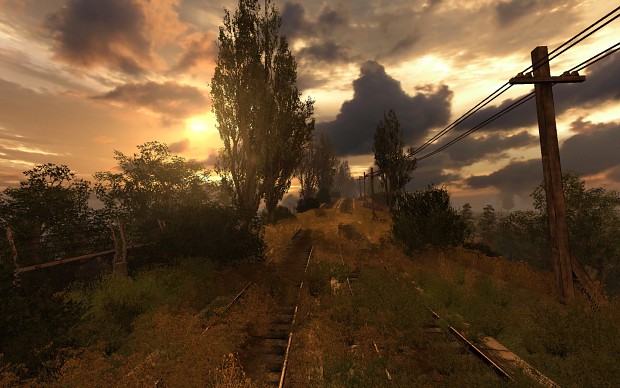