Somedays kicked off as a recording project between two friends from very different walks of life when street musician Eliseo couched a night at (now frontman and songwriter, then fresh law grad) Vittorio’s place. The duo recorded a few demos over a summer with their friend Luca on the drums. Within a few months Vittorio’s brother, Eugenio, joined as a rhythm guitarist. The lineup was complete once the Swiss model Jerome Rupf, an old friend of Vittorio, joined as lead guitarist and Matt Miller, a singer/songwriter who befriended the band early on, joined as bassist. 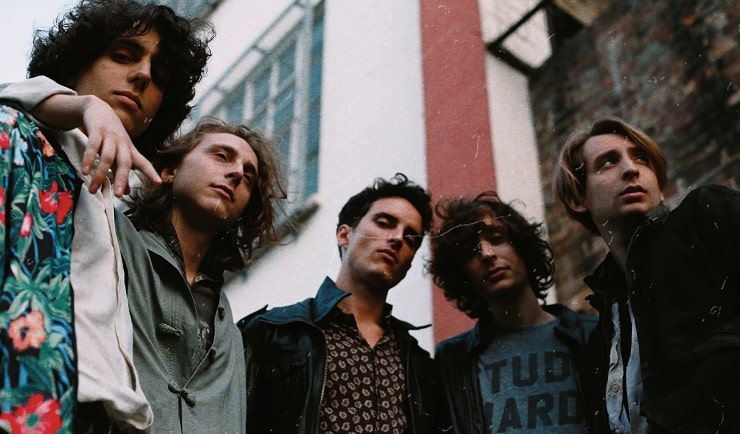 After Luca left to pursue acting, Eliseo took over the drums adapting quickly in order to record three new songs with Ian Flynn of Werkhouse. The result is a thrilling and original take on band music that nods to early Strokes with its deceptive simplicity and bare bones rock instrumentation, while encompassing a vast array of influences, both vintage and modern, into a sound that immediately evokes the passion and fun of their rare musical connection.

Drenched to the bone with strange atmospherics and modulation, ‘Knockout’ ostensibly takes its cues from the Brian Wilson notebook of oddball surf rock. Sounding like a gritty and frenetic call to arms, Knockout goes through 5 key changes in 2 minutes and 34 seconds, all the while going from one singalong to the other. At the minute mark the song blooms into a lysergic krautrock-influenced wig-out that washes over the listener like an awesome wave. “The hardest part of recording this song was getting the mistakes to be just right” says rhythm guitarist Eugenio, “Gege” to his bandmates – “We had to go against our own sense of timing to get that swaying jump that you hear right from the first chord – we had to record the part over and over till it felt just, well, wrong.”