“Sniper Elite Nazi Zombie Army” is a standalone DLC for Sniper Elite. It was released on 27th February 2013 for PC, it is assumed this will be only exclusive to PC. The game starts off in a village near Berlin where Fairburne, a Russian soldier, a scientist and presumably Schwaiger try to find a working vehicle so they get to Berlin. After fighting through dozens of hordes of zombies they find a truck in front of the village’s church.They head towards a cathedral in Berlin, hoping to find what caused the apocalypse but as they enter the cathedral one of the Occult Generals rises and summons zombies to assault Fairburne’s group. They defeat him and find a secret entrance under the altar, reluctantly they enter into a secret facility in which they find a map which shows something in the Berlin’s library that can help stop the zombies. They head towards the library to find “The Book of Souls” a medieval occult text which destroys all unholy creatures. After finding it, Fairburne places it near a column that summons the zombies.The book destroys it but the other column in the U-Bahn activates. Fairburne’s group ventures to the U-Bahn to find out that 5 skulls are needed to destroy the column.They find and escape through the subway onto a port. There another Occult General rises and summons dozens of zombies to finally kill Fairburne’s group. While they fight a ship approaches telling them to open the canal’s gates so they can escape.They kill the general and get on the ship.The ship goes and they hear someone loudly saying “This is only the beggining”. The game ends probably being continued in an another DLC. 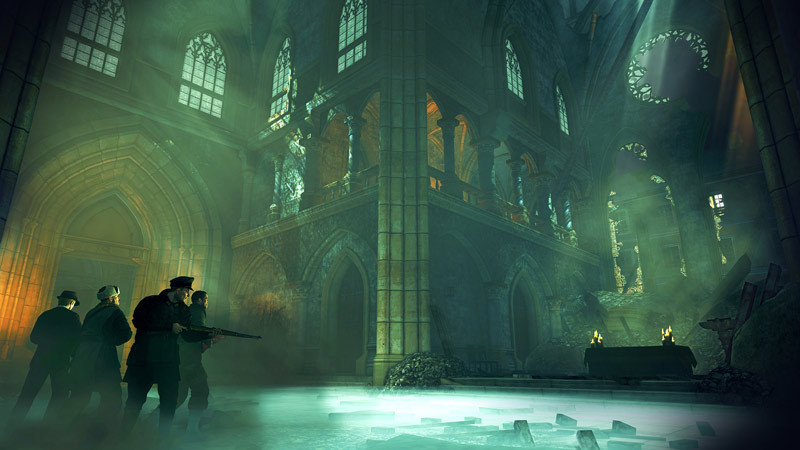