A high-definition remake of DuckTales, titled DuckTales: Remastered, was developed by WayForward Technologies and released in 2013 on multiple gaming platforms, including Xbox 360, PlayStation 3, and Wii U. Capcom first announced the game at PAX East 2013 on March 22, 2013. While full development of the game started in late 2011, Disney and Capcom were previously discussing the possibility of a remake from 2010. DuckTales: Remastered features a 2.5D presentation, with 2D hand-drawn character sprites and 3D modeled levels. Backgrounds and layouts were created by Disney Television artists Mike Peraza and Rick Evans.[15] The game features full voice acting for the characters, including the surviving members of the original animated series cast, such as Alan Young as Scrooge.
Many of the original game’s levels are featured, along with new areas added for the remake and new boss patterns. The game features new story elements which explain some of the motives and reasoning behind each level, such as how Scrooge is able to breathe on the Moon. The game also features almost identical gameplay of the original, with a few gameplay tweaks, such as a map screen and an easier pogo jump, which can be toggled on and off. DuckTales: Remastered features a new tutorial level, set in Scrooge’s money vault, and a new level leading up to the final boss. Money gathered in levels can now be used to unlock various gallery items such as concept art and pieces of music. DuckTales: Remastered also features new music in the game, composed by Jake Kaufman. In Capcom’s “Duckumentary” on the music and sound of the game, Kaufman, on making his arrangements, said, “I’ve heard this stuff in my head, as arrangements, since I was 10, so I knew exactly what to do, what I would do, if I got the opportunity and I never took it as a fan. And now I’m taking it as a WayForward guy and it sort of developed all together.” He did not change the original compositions very much, giving each piece his take on it and made the pieces more orchestral. The game allows players to toggle between the new soundtrack and the original 8-bit soundtrack after clearing the game once, which includes 8-bit renditions of the newly added compositions.[24] Director Austin Ivansmith added about the sound design, “You can’t just make it sound like foley from a movie. There are iconic sounds for jumping and landing and hitting an enemy, that they need a certain punch. Our sound designers just know how to make a perfect gameplay sound, and it just adds to the game significantly. Without it, the game just feels empty.” He also revealed that there were no initial plans to include voice acting, but Disney stated a few months into development that some of the original voice actors could be enlisted. As such, the team expanded the script to accommodate the addition. Wikipedia®. 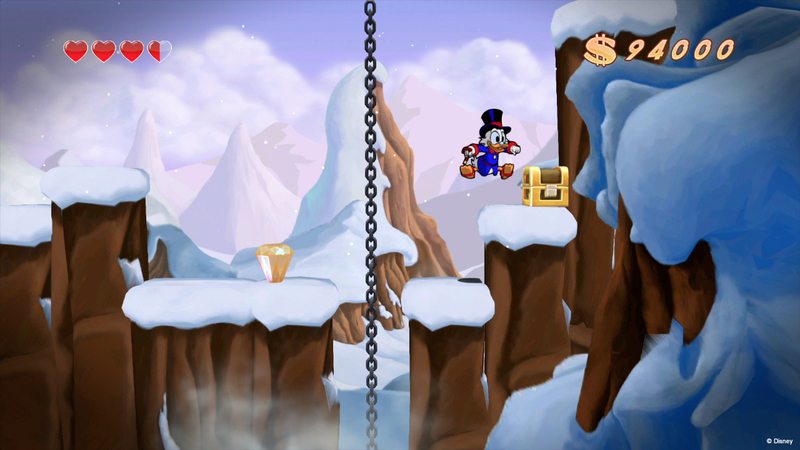