Sniper Elite 4 is a third-person tactical shooter stealth video game developed by Rebellion Developments. As the direct sequel to Sniper Elite III, the game was released for Microsoft Windows, PlayStation 4 and Xbox One on 14 February 2017. Played from a third-person perspective, it is a tactical shooter with stealth elements. When players kill an enemy using a sniper rifle from a long distance, the X-Ray kill cam system will activate, in which the game’s camera follows the bullet from the sniper rifle to the target, and shows body parts, bones or internal body organs being broken or ruptured by the bullet. The system has also been expanded to include shrapnel kills, melee kills and stealth kills. The game’s artificial intelligence is improved, with enemies being able to react to players’ action more responsively. When an enemy is killed, other enemies will begin actively looking for them. The player is equipped with a pair of binoculars, which shows players where the enemies are and what weapons they are carrying. The game features the “officers” rank. Killing the officer as early as possible will lead his army to retreat, while killing him by the end of a mission will significantly increase the level’s difficulty. Players can place traps and use corpses as booby traps. The game also features night missions, in which players can remove light sources to hide their presence. 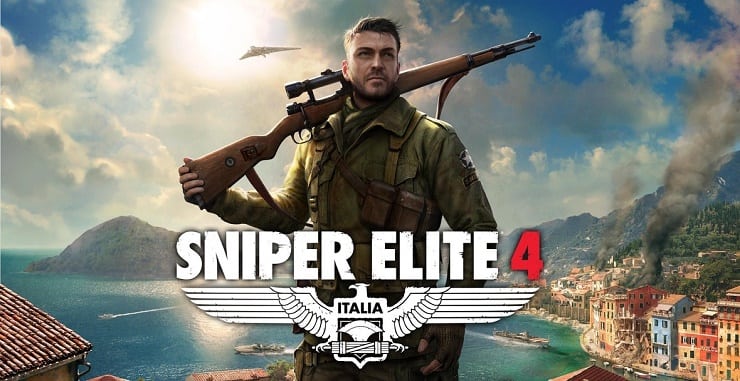 Maps in the game are significantly larger than Sniper Elite III, granting players more freedom and open-ended gameplay. The maps also feature more verticality. The game’s new movement system allows Fairburne to climb and grab ledges. Cooperative missions and competitive multiplayer modes are reintroduced. Sniper Elite 4 is set in Italy in 1943, in the immediate aftermath of the events in Sniper Elite III. Players control Karl Fairburne, an Office of Strategic Services agent, who is tasked to assist the Italian resistance force to fight against the Fascists in World War II. Wikipedia®.