It began with a cup of coffee. On a night in January this year, folk singer Simon Fagan met Eddy Ballardi in a local cafe bar in Kreuzberg, Berlin, to start developing a story that Simon wanted as the video for his latest single. Eddy had heard the song, loved it, and had begun visualizing the video’s cinematic concept. The single in question was ‘Preachers’, an elegant folk track, blended with deep and dirty shades of borrowed Americana. 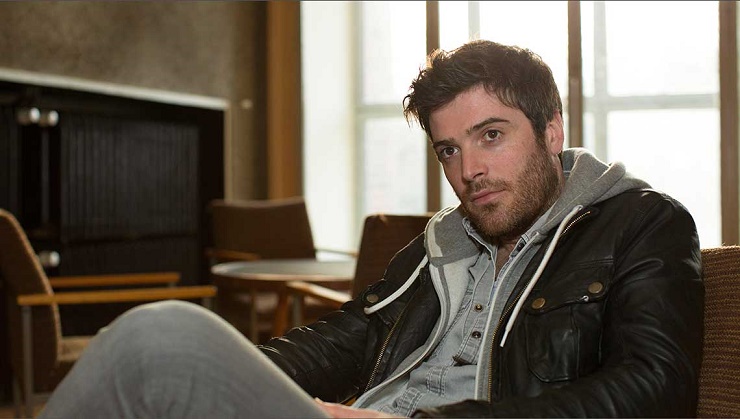 It was one of the earliest songs recorded for Simon’s second album, Gilded Bird, and would be the first single released to the public. The Irish-born singer knew that he wanted to tell a dark story with this video; a tale of villainy, of revenge and reckoning. Characters from the song had been rattling ‘round his head for a while – a preacher, a young girl, an abductor. What followed, then, was a number of late night discussions, more strong coffee, and a slash and burn of different ideas. Finally, after three nights, filming took place.

Over the course of 14 hours, and in the middle of Berlin’s unforgiving winter with hard snow on the ground and in below-freezing temperatures, the video was filmed with a cracking international cast and crew. The result is an intriguing and striking visual accompaniment to Simon’s beguiling track, which both he, Eddy and all involved hope you really like – Enjoy! ‘Preachers’, the first single off Gilded Bird, is released on Friday 11th March 2016.

Simon Fagan: Preachers Lyrics:
Smile brother sun shine outside,
Take my hand sister, come join us and listen.
To the sweet sound of the song bird singing,
Take a chance on the life till now you’ve been missing.

Hey Preacher if your tired of reaching
For all those grey clouds that hang all over you.
Cause in the morning the suns going to shine through,
Seeing means believing for those you’ve been teaching.

Hey blue eyes keep the twinkle inside alive
For all those bad boys keep running after you.
Some day real soon that twinkles gonna catch you
The keeper of the full moon, he’s gonna light up your night.

Hey traveler if your tired of walking.
Lay your feet up on the back of my wagon.
There’s some water fresh fruit if you need proof.
Mr. Im a good man on my highway route.