Forced Showdown is a rogue-like with deckbuilding! The game features arenas which combine your hardcore action skills with your ability to build decks that suits your play style, your champion and the challenge that you face. You battle through arenas to eventually take down bosses. But beware … You are not the only one with a deck of cards at hand! Every day players will be able to compete against other players in randomly generated tournaments with new and exciting rules and challenges. These dailies, combined with season rankings, gives players the opportunity to earn the ultimate bragging rights. Players will choose a campaign at start (beta is currently single choice). New players will need to complete a ‘tutorial’ of multiple events to learn the game with a pre-selected character. During this arena event, players will learn to use multiple abilities against enemies. A majority of the arena barriers are destructible. Enemies with red health bars will need to be defeated to continue while enemies with yellow health bars are optional. During play, random cards from a pre-selected (by the game in tutorial mode) deck will become available. Players select the cards by clicking on them. The effects are immediately applied to the character. 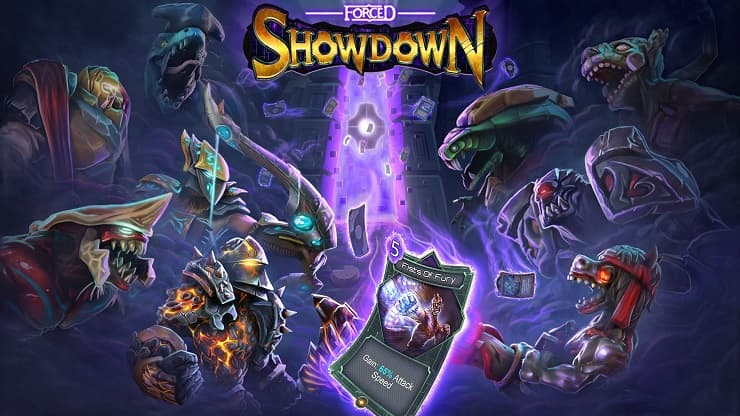