Quickly being hailed as one of the break-out new talents of the year, Shura is a singer, producer, remixer and video editor from Shepherds Bush. She was born in Moscow to a Russian actress (who made a cameo in ‘Mission Impossible’) and an English documentary filmmaker. Keen to impress her brother, who’d DJ drum-and-bass at the weekends, Shura began building her own songs, immersing herself in the textured sounds of Janet Jackson, Blood Orange or early-Madonna. Her songwriting found its focus in South America, where Shura worked for a period after her studies – contemplating past relationships, future music, and walking pumas round The Amazon. 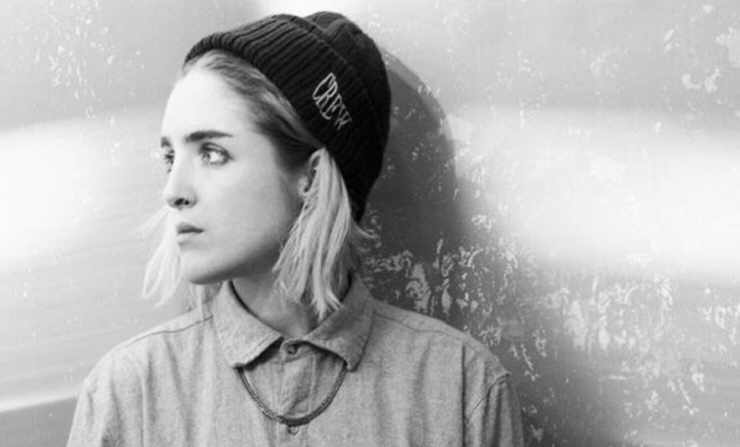 Debut track ‘Touch’ has since gone on to receive over a million hits and praise from the likes of Dev Hynes and Jessie Ware (who Shura recently remixed), whilst the follow-up, ‘Just Once’, has already reached #1 on Hype Machine, alongside support across Radio 1, 6Music and XFM. Poised for more music and her debut live show later this year, expect “soft, vaguely 70s/80s pop filtered through 90s R&B… Shura is the real deal” (Fader). Shura, as far as what we look for in this sort of thing, is perfect. That’s the reason we popped her on our Sound of 2015 list, and 2Shy confirms that Aleksandra Denton is the new queen of downbeat sadface-pop. Gently swaying and easy to love, there’s nothing she can do wrong right now. Have a listen below and confirm it for yourselves.

“2Shy” follows 2014’s hits “Indecision” and “Touch”, though it was written before both, chronicling those Ross ‘n’ Rachel, butterflies-in-belly moments of early romance where you feel like you could go anywhere. Coupled with a truly classic chorus, built on ’80s synths, crisp beats and a melody you’ll need surgery to remove, this is more proof that Shura raises the bar higher with every step.