Shadowrun: Hong Kong is a turn-based tactical role-playing video game set in the Shadowrun universe. It was developed by Harebrained Schemes, who previously developed Shadowrun Returns and its first standalone expansion, Shadowrun: Dragonfall – Director’s Cut. It includes a new single-player campaign and also shipped with a level editor that lets players create their own Shadowrun campaigns and share them with other players through Steam or modding sites. On January 13, 2015, Harebrained Schemes launched a Kickstarter campaign in order to fund additional features and content they wanted to add to the game, but determined would not have been possible with their current budget. The initial funding goal of $100,000 was met in only a few hours. The Kickstarter campaign ended on February 17 and received a total of $1,204,726. The game will be developed with an improved version of the engine used with Shadowrun Returns and Dragonfall. Harebrained Schemes has decided to develop the game for release only on PC (Microsoft Windows, OS X, and Linux) so that they do not have to develop the game with consideration of the hardware limitations of tablets, as they did with their previous Shadowrun games. The game was released worldwide on August 20, 2015. On February 7, 2015, Harebrained Schemes announced that Mel Odom would be writing the new companion novel to the upcoming Shadowrun: Hong Kong game. The novel is scheduled to be released in December 2015. Mel Odom has previously published novels set in the Shadowrun universe. Wikipedia®. 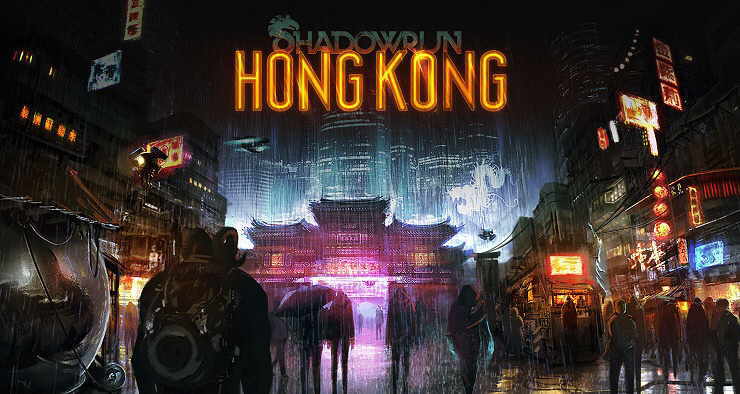