Raised in Vancouver and Bogotá, and based in Brooklyn, Valerie Teicher aka Tei Shi is an artist with a silky voice and ethereal music to match. Her sound, what she likes to call her “mermaid music,” is-intentionally-somewhat hard to categorize, and probably best described as a fusion of indie pop, electronica, and airy ’90s R&B. Entirely on-trend, yet still enticing and distinguished. 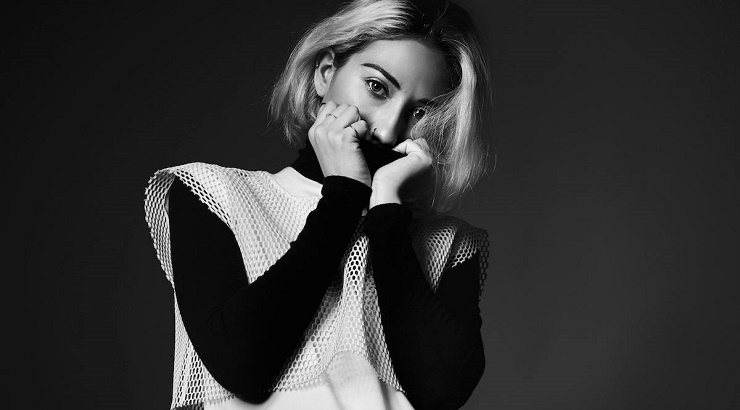 Meet Tei Shi, an Argentina-born songstress who spent her early years moving frequently across Bogota, Vancouver and later Boston. Tei Shi is the moniker of Valerie Teicher, an artist who now calls New York City home and whose star has been rising steadily since she released her debut track “M&Ms” in the summer of 2013. The song spread like wildfire in the blog world, including Gorilla vs Bear who described the track as a “soulful, time-stretching future pop gem.” Her debut EP Saudade, was the result of a collaboration with producer Luca Buccellati and was met with much critical acclaim. Since then, Tei Shi hasn’t stopped, playing music festivals across North America as well as her own sold out dates. Teicher has also collaborated with the UK’s rock band Glass Animals on the track “Holiest” which debuted at #1 on Hype Machine. In the spring of 2015, Tei Shi released her new EP Verde. The latest release is yet another musical step forward for the artist and includes her infectious and irresistible single “Bassically,” a “rippling nu-disco-esque jam” (V Magazine) that has leapt well over 2 million streams on Spotify after a few months. Verde is now available on Mermaid Ave/Mom+Pop in the US/Mexico, Arts & Crafts in Canada, Double Denim in the UK/EU/Japan, and Caroline in Australia/New Zealand.

This video was shot between the New York winter, and the mountains and streets of Bogota, Colombia. Two environments that I identify with very strongly. It came together kind of spur of the moment, I had an amazing team with Dreamtiger and Jonathan Wing helping me fulfill the idea. We spent some days exploring Bogota, the city where I spent most of my childhood and where my mother’s side of the family has lived for generations…along the way we found some breathtaking and really unusual settings, which gave the song a totally new life. I wanted to be able to share this part of my identity through my music somehow, so here it is, in me re-discovering a lot of what defines me and my history through the music that has defined me for the past year. Hope you enjoy it….

You never look at your surroundings
You only think how they might change
But I’ll be like the trees
And I’ll grow while no one’s watching
And I’ll unravel you mister
If you’d just go see me, see me