Recorded in North Tamerton Church in East Cornwall and featuring the stories of the real people who inspired it, Seth Lakeman‘s new album ’Word of Mouth’ straddles the folk tradition his music is steeped in and the contemporary folk movement that he has become such a seminal figure of. It’s the natural successor to 2011’s ‘Tales From the Barrel House’. It keeps the stripped-back storytelling but embellishes it with a denser, fuller version of Seth’s hauntingly melodic style. Folk singer, songwriter and multi-instrumentalist Seth unearthed hidden histories and unsung everyday heroes to commemorate in song from in and around his native Devon and Cornwall for ‘Word of Mouth’. The sound is deeper and more dramatic than previous albums, in part owing to Seth’s recruitment of guest musicians and producer Ian Grimble, whose CV includes The Manic Street Preachers, Beth Orton and Cat Stevens. The added guest instrumentalists give depth, drama and wings to songs where working lives, majestic landscapes, the tragedy of war, the price of revolution and more are brought to life. In between recording the new album in 2013 Seth toured in Europe, Australia and then amidst a hectic summer of festival appearances and the birth of his twins he flew to New York to meet Izzy Young for a BBC Radio 4 special called ‘The Folklorist’. Seth then toured the UK with his band in October followed by a number of live dates as part of The Full English project. The first single from Seth’s new album ‘Portrait Of My Wife’ which was released in the Autumn also features on ‘The Full English’ album. The project featured live and on record artists including Seth, Martin Simpson, Fay Hield and Nancy Kerr. 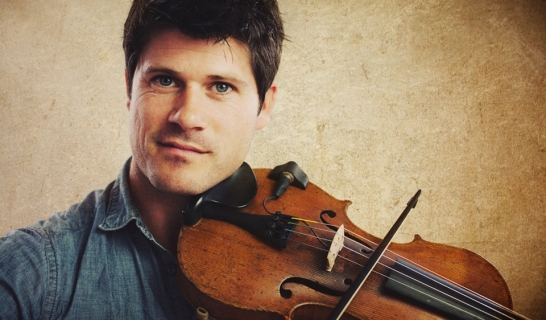