Sarah Russell is an artist and singer/songwriter based in Southend-on-sea, Essex, UK. Music has always been flowing through Sarah’s veins, from learning how to play the piano from the age of 5 to quickly picking up on playing the guitar and violin as well. Through time, she learned how easily she could express herself through her warm, emotional voice and writing, which led to delicate and vulnerable songs such as ‘You Are’ and earned her the achievement of number 1 Folk artist on Myspace UK and an offer from Sony. After playing alongside other bright talents such as Ellie Goulding at countless lovely venues in London, Sarah recognized that singing alongside nothing more than a guitar was limiting her creative outlet. During that time, she was contacted by producer Jethro East and they formed Electronica act ‘Long Lost Sun’.

The success of Long Lost Sun became clear when they were picked up by Adam Young’s ‘Owl City’ and joined their 2011 tour, as well as creating remixes for Owl City’s ‘Umbrella Beach’ and ‘Alligator Sky’. Unfortunately the collaboration between Sarah and Jethro ended unexpectedly, forcing her to pursue a solo career as singer/songwriter. Her beautiful and delicate voice quickly earned her the attention of EDM-singer Ellie Lawson and she introduced Sarah to Adrian Raz Recordings (Adrian Broekhuijse & Raz Nitzan), which led to Sarah being a well represented vocalist in the EDM-scene ever since. Thus far, Sarah’s signature sound of warm and emotional vocals has been featured on the A State of Trance 2013 Compilation through ‘Dream State’ with Two&One, gaining her the support and exposure she deserves with her beautiful sound. Furthermore, her vocals have been impressing the music industry through collaborations with the likes of Daniel Kandi, Eximinds, Philippe El Sisi, Estiva and many more to come.

Philippe el Sisi was born in Caïro, Egypt. His childhood was spent learning to play the piano, inspired by his uncle, a first conductive chief of the Egyptian Music Symphonic Orchestra (Youssef el Sisi). Philippe’s first experience of dance music came at the age of twelve, he was drawn by likes of Armin van Buuren, Paul Oakenfold and Paul van Dyk. His own musical background meant Philippe took to production instantly. This led to him uniting with childhood friends Fadi Wassef and Aly Fathala, better known as the Egyptian trance duo Aly & Fila. Philippe’s debut E.P. ‘Witness/Never After’ was released in 2009 on Future Sounds of Egypt (F.S.O.E.). Philippe followed this up with a stunning breakthrough release, the inimitable ‘Humble’ once again on Armada Music’s sub-label F.S.O.E. 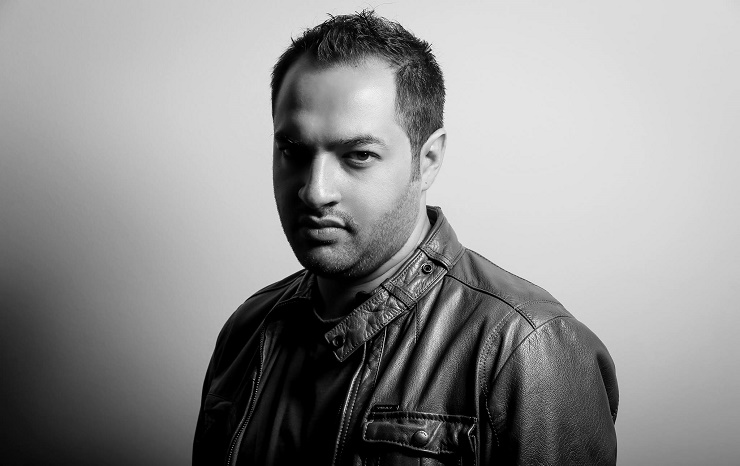 Philippe began to gain massive respect amongst his peers, leading to collaborations with leading vocalists Ana Criado, Josie, Senadee and Sue McLaren. His single ‘Over You’ feat. Josie and the remix for ‘Neev Kennedy ‘This Heart Is Yours’ have received massive support from all over the globe. Whilst his collaboration with ‘Aly & Fila feat. Senadee ‘Without You’ showcased the perfect match between these three Egyptian trancemasters. Philippe’s bootlegs of ‘Hans Zimmer ‘s ‘This Is Not The Best Time’ and Motorcycle’s ‘As The Rush Comes’ are two special bootlegs that will remain in DJ sets for years to come. Philippe has continuously developed his passion for uplifting trance in the last five years, he is considered one of the leading lights on F.S.O.E. Label and rightly so. Almost 50 productions to his name already, consistent appearances on ‘A State of Trance’ and F.S.O.E. Compilations all complemented by his DJ sets across the world.

His rise in stature is a sentiment echoed by the best of the best, such as Armin van Buuren who has given Philippe near to 10 ‘Future Favourite’ spots which is a rare feat for the best of them and affirmation from the upper echeleons of the trance world, that Philippe el Sisi is destined for the top. All this was capped off by Trance Addict’s Top 250 DJ Poll for 2012, where Philippe charted within the top 50 Trance DJ’s in the word at number 43 proving that he is not only a hot favourite with his peers but also a massive fans favourite!

Sarah Russels & Philippe EL Sisi – You Are Lyrics:
Forgive me I am sorry
if I fail to tell you everything you are
that I’m grateful and I’m happy
you came into my world and into my heart