Salinger is an upcoming documentary film written and directed by Shane Salerno. On January 29, 2010, the website Deadline Hollywood broke an exclusive story and review of Salinger, a feature-length documentary about reclusive author J. D. Salinger that Salerno directed, produced and financed himself. The documentary was kept secret for five years. The film features interviews with 150 subjects including Philip Seymour Hoffman, Edward Norton, John Cusack, Danny DeVito, John Guare, Martin Sheen, David Milch, Robert Towne, Tom Wolfe, E. L. Doctorow, and Pulitzer Prize winners A. Scott Berg, Elizabeth Frank and Gore Vidal. Michael Fleming, the first journalist in the world to view the film, said Salerno’s picture was “arrestingly powerful and exhaustively researched”. Additionally, Fleming announced that Salerno had co-written a 700-page biography on Salinger with New York Times bestselling author David Shields. On February 4, 2010, Entertainment Weekly released an article about the Salinger documentary that detailed the elaborate security protocol that was put into place to keep the film secret for five years. In August 2010, Newsweek ran a lengthy profile of Salerno’s documentary titled “Salinger Like You’ve Never Seen Him”. Salerno allowed the magazine to publish a never-before-seen photo of Salinger from Salerno’s film. On January 26, 2011, Salerno spoke with Associated Press about his Salinger documentary and its expected fall 2012 release. “In the final analysis, what distinguishes our film and book project is access — access to Salinger’s friends, colleagues and members of his inner circle that have never spoken on the record before as well as film footage, photographs and other material that has never been seen,” Salerno said. “We take the viewer and reader inside J. D. Salinger’s private world and shine light on a man named Jerry who lived in the shadow of the myth of J. D. Salinger”. On February 27, 2013, it was announced that Harvey Weinstein had acquired the documentary for theatrical distribution by his studio, The Weinstein Company, after being the only studio head to see the finished film after the 85th Academy Awards. The purchase is a seven-figure deal of $2 million. It does not include the television rights, which were sold to PBS’ American Masters. The release date of September 6, 2013 was chosen for the film to be a candidate for the 86th Academy Awards. On June 13, 2013, The Weinstein Company released the first trailer for the film. The film will premiere on American Masters as the program’s 200th episode in January 2014. Wikipedia®.

An unprecedented look inside the private world of J.D. Salinger, the reclusive author of The Catcher in the Rye. 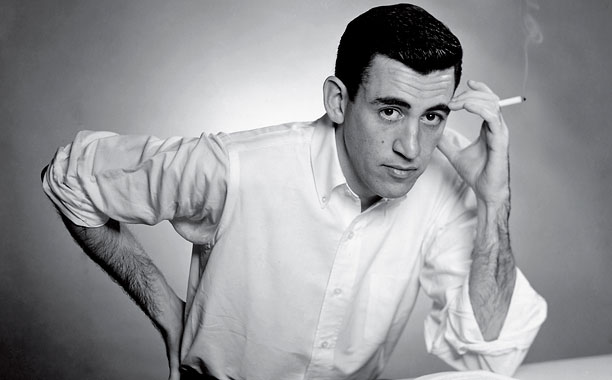