RoboCop is an upcoming American science fiction action film directed by José Padilha. It is a remake of the 1987 film of the same name and a reboot of the RoboCop film series, making it the fourth installment of the franchise. The film stars Joel Kinnaman in the title role, with Gary Oldman as Dr. Dennett Norton, Michael Keaton as Raymond Sellars, Samuel L. Jackson as Pat Novak, Abbie Cornish as Clara Murphy, and Jackie Earle Haley as Maddox. Screen Gems first announced a remake in 2005, but it was halted one year later. Darren Aronofsky and David Self were originally assigned to direct and write the film, respectively, for a tentative 2010 release. The film was delayed numerous times, and Padilha signed on in 2011. In March 2012, MGM announced an August 2013 release, but that was then changed to February 2014. The principal characters were cast from March to July 2012. Principal photography began in September 2012 in Toronto and Vancouver, with additional locations in Hamilton, and Detroit in the United States. The film is scheduled for release in both the United States and United Kingdom on February 7, 2014. Wikipedia®.

In “RoboCop,” the year is 2028 and multinational conglomerate OmniCorp is at the center of robot technology. Their drones are winning American wars around the globe and now they want to bring this technology to the home front. Alex Murphy (Kinnaman) is a loving husband, father and good cop doing his best to stem the tide of crime and corruption in Detroit. After he is critically injured in the line of duty, OmniCorp utilizes their remarkable science of robotics to save Alex’s life. He returns to the streets of his beloved city with amazing new abilities, but with issues a regular man has never had to face before. 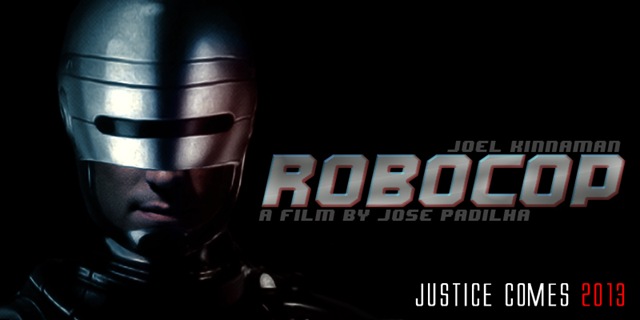