Safariari is the project of Norwegian producer Jon Kristian Furuheim, also known from the band Musique le Pop. Although being a Norwegian, he decided to sing this song in Swedish. For those who don’t know, Norwegian and Swedish are quite similar languages, but Swedish sounds a bit cooler to us here in Norway. The song draws heavily on new wave and disco, and sounds like something Per Gässle could have made in a parallel universe. 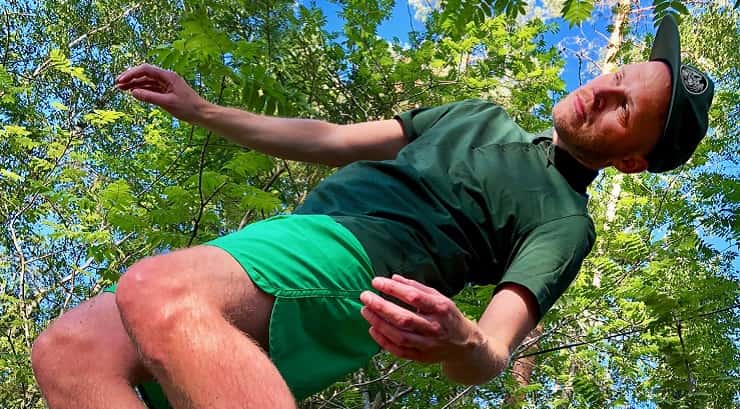 The single also features a remix from fellow Norwegian band Remington super 60 Safariari rose to indie fame in Norway in 2002 with the release of the brilliant debut album “Zebra Knights”. The album probably had the worst timing in music history as it was originally released with the title “Save New York” on September 10, 2001. It was later retracted and re-released under a new title. After this came the album “Goaway” in 2004, that mixed rock with the electronic style Safariari was known for, before the disco and house oriented album “Igloodisko” was released in 2009. Safariari’s latest original release was the EP “Se Frosken” in 2017, and Safariari has also released a string of remixes during the last few years.

In 2012 Jon Kristian founded Musique le Pop with his friends Christoffer Schou (Remington super 60) and Elisabeth Thorsen (Poodles Caroli). MLP has released several singles and EPs, along them the single “Turn To Sand”, which became very popular around the world. In addition, Jon plays keyboards in the Norwegian indie band Sweden.