Sixto Diaz Rodriguez (also known as Rodríguez or as Jesús Rodríguez; born July 10, 1942) is a Mexican American folk musician based in Detroit, Michigan. His career initially proved short lived, with two little-sold albums in the early 1970s and some brief touring in Australia. Unbeknownst to him, however, his work became extremely successful and influential in South Africa, although he was mistakenly rumored in that country to have committed suicide. In the 1990s, determined South African fans managed to seek out and contact him, which led to an unexpected revival of his musical career. Their story is told in the 2012 Academy Award–winning documentary film, Searching for Sugar Man, which has also helped give Rodriguez a measure of fame in his native country. On May 9, 2013, Rodriguez received an honorary doctorate, a Doctor of Humane Letters degree, from his alma mater, Wayne State University (WSU) in Detroit, Michigan. Wikipedia®.

Rodriguez – Cause Lyrics:
Cause I lost my job two weeks before Christmas
And I talked to Jesus at the sewer
And the Pope said it was none of his God-damned business

Oh but they’ll take their bonus pay to Molly McDonald,
Neon ladies, beauty is that which obeys, is bought or borrowed

Oh but they play those token games on Willy Thompson
And give a medal to replace the son of Mrs. Annie Johnson

Cause I see my people trying to drown the sun
In weekends of whiskey sours
Cause how many times can you wake up in this comic book and plant flowers? 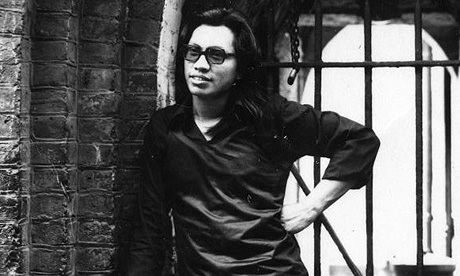