Rocket League is a vehicular soccer video game developed and published by Psyonix. The game was first released for Microsoft Windows and PlayStation 4 in July 2015. Ports for Xbox One, OS X, and Linux were released in 2016, and a port for Nintendo Switch is expected in late 2017. 505 Games began distributing a physical retail version for PlayStation 4 and Xbox One in June 2016. Described as “soccer, but with rocket-powered cars”, Rocket League has one to four players assigned to each of the two teams, using rocket-powered vehicles to push a ball into their opponent’s goal and score points over the course of a match. The game includes single-player and multiplayer modes which can be played both locally and online, including cross-platform play between the PlayStation 4 and Microsoft Windows versions, as well as cross-play between Xbox One, Switch, and Windows versions. Later updates for the game enabled the ability to modify core rules and added new game modes, including ones based on ice hockey and basketball. Wikipedia®. 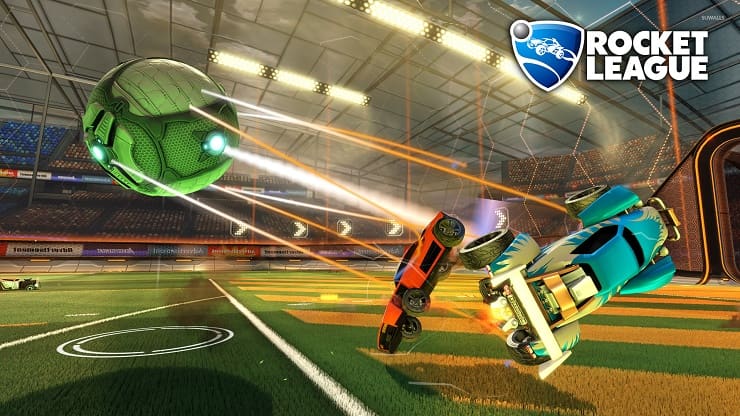 Soccer meets driving once again in the long-awaited, physics-based sequel to the beloved arena classic, Supersonic Acrobatic Rocket-Powered Battle-Cars! A futuristic Sports-Action game, Rocket League®, equips players with booster-rigged vehicles that can be crashed into balls for incredible goals or epic saves across multiple, highly-detailed arenas. Using an advanced physics system to simulate realistic interactions, Rocket League® relies on mass and momentum to give players a complete sense of intuitive control in this unbelievable, high-octane re-imagining of association football. Awesome features include: All-new Season Mode that allows players to enjoy a full single-player experience. Extensive Battle-Car customizations with more than 10 billion possible combinations. Unlockable items and vehicles, stat tracking, leaderboards, and more. Addictive 8-player online action with a variety of different team sizes and configurations. Amazing 2-, 3-, and 4-player splitscreen mode that can be played locally or taken online against other splitscreen players. Broadcast-quality replays that allow you to fast forward, rewind, or view the action from anywhere in the arena. Competitive cross-platform gameplay with PlayStation®4 and Xbox One users.