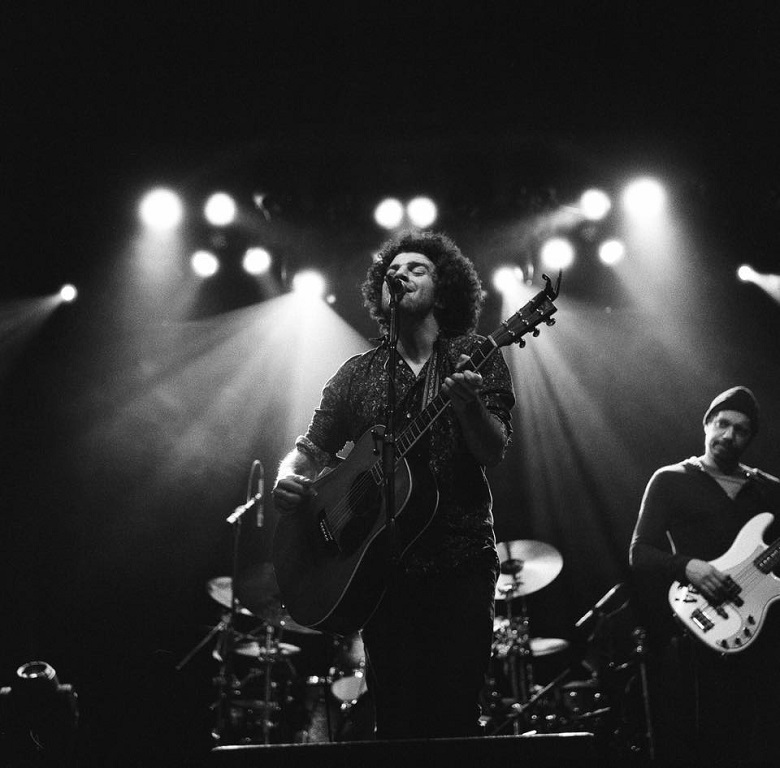 Although his musical talents make it easy to believe he’s always been a full-time musician, Rob Drabkin attended Trinity University in San Antonio, TX, where he graduated with a degree in Biochemistry and Molecular Biology with the intention of becoming a doctor. His focus quickly changed after a family trip to New York. “My Dad played Jazz full time for 30 years before he got into medicine. On that trip, we re-connected with his old musician friends, and it was inspiring to see them giving their lives to music night after night for so many years. That was the night I dropped science and dedicated myself to music. After that moment, I spent every possible minute singing and honing all of the songwriting skills that I could.” He adds, “It’s kind of embarrassing to admit, but I had an epiphany while watching the Broadway musical “Chicago.” I decided right then and there that I didn’t want to work in a research lab for the rest of my life and that I wanted to pursue music full time even though I had never sung a note up to that point.” He took to Denver’s music scene quickly, and set his career into motion.

Drabkin’s newly released single, “Someday,” has earned a spot on major international Spotify playlists and in just one month, the single accumulated over one million plays from listeners around the world. “We too often forget that love is ever-present. We share it with each other through laughter, smiles, and sympathy. We can find it in everything and we can also create it in the smallest, most unassuming moments of our lives. I wrote this song for those moments. All we can do is keep being kind and have the courage to choose love in every decision we make.” In “Someday” His lyrical talents show his listeners that you can take whatever you might endure, and turn it into a way to express yourself. Although the Colorado native has an impressive list of musical achievements, this song serves as an opportunity to start his career from scratch. A new plateau with new possibilities