Riina – Terror. Some musicians find their musical roots while attending school, but it’s almost never directly tied into the curriculum. Universities more often than not offer social tie-ins among people who share similar musical interests. From there, bands may be formed and those same connections found through music start to linger with certain individuals a bit longer. After school, it’s up to the individual to branch out and decide to keep working on music. For Rina Sawayama, aka RIINA that decision came fairly easy.

She’d been writing music since she was 16 and has since been going through her back catalogue and various demos because she’s finally found some form of foundation with the production she’s been aiming for. “Sleeping In Waking” was only the beginning and she’s had that demo lined up at the age of 17, but she’s also now able to focus on honing her songwriting with her newer material. Born in Japan, her J-Pop roots carried her until she was brought up in London and developed an affinity for R&B.

A Japanese singer based in London, Rina Sawayama is getting her name known amongst keen music listeners after one song she put on her soundcloud. “Sleeping in Waking”, her debut 7″ single from Make Mine Records out on April 15, transforms a serious but intimate 90′s vibe into a classy post-Jessie-Ware soul gem.
Rina Sawayama – Sleeping In Waking 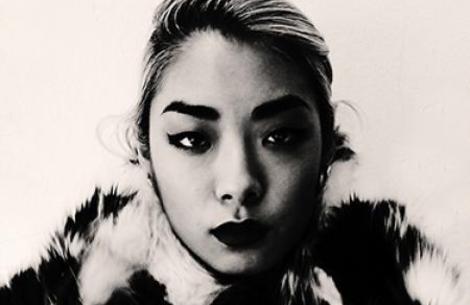