Music has birthed great stars such as Jackie Wilson, James Brown and Michael Jackson all greats who have came and left a legacy. In music, a star always comes along and captures the heart and souls of many, now in a new era and new time, life has birthed a new star that will take over and reign in R&B/Pop music and his name is Rich Lowe. Rich Lowe, born on August 10, 1991, raised by his Grandmother Carrie Davis, in East NY, Brooklyn, is an extraordinary singer, song writer and producer. He began singing at the age of 14, attending the ‘Brooklyn High School Of The Arts’ where his music teacher Mrs. Charlene Corbett-Thomas noticed his talent and immediately had him join the school music program changing his major to vocal music where Rich quickly excelled. It was the performance for the school play of ‘Sister Act 2’ put on by the vocal program students in Brooklyn High School Of The Arts, that would get rich noticed by his peers, with him hitting a high note, singing the song ‘Oh Happy Day’ which caused an uproar of applause and standing ovations, leading to Rich being requested to perform at more school concerts and becoming his music teachers R&B muse. 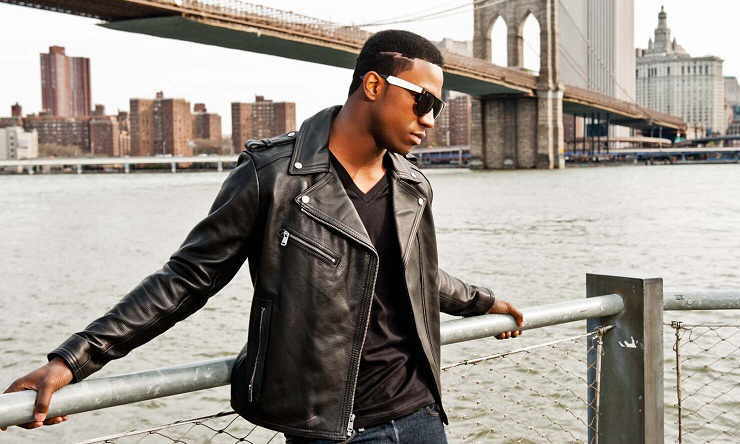 In 2006 at the age of 15, Rich joined an outreach program that would aid him in his first vocal recording. The first song he ever wrote and recorded was “Papers,” encouraging him to write more and enhance his singing ability. In 2007 at the age of 16, Rich formed a male R&B group “Impact,” which consisted of 3 other male R&B singers from his high school. The group became popular around school with Rich being the male lead. Due to differences with group members the group went their separate ways by senior year. In 2008 at the age of 17, Rich was now a senior in high school, he had begin writing songs for the biggest school concerts and felt the need to be a part of something more, Rich and foster brother, B-Sharpe, started their duo group “RnB,” standing for Rich and B-Sharpe. The group performed at neighborhood events and showcases building their rep. Rich and B-Sharpe were the talk of Brooklyn until an unexpected move by B-Sharpe, going to live in San Antonio Texas, causing the group to part and Rich to move on as a solo artist. Rich continued to sing but had to come up with a name that would make him unique, with peers always telling him that he had such a “low key” persona, Rich was now known to his peers as Rich Lowe.

In 2009 at the age of 18, Rich Lowe was accepted to Berkley College Of Music on a partial scholarship but was unable to attend due to lack of funds to cover his entire tuition. Still aiming to succeed, Rich begin singing, writing and recording all of his own music in his home studio. A friend heard his music, was greatly impressed and forwarded Rich’s music along to A&R extraordinaire Dino Delvaille, Dino, impressed with what he heard signed rich to a 2 year contract with his management company Mojiza Management. While under Mojiza, Rich has Co-wrote and featured on The Conglomerate/Atlantic records recording artist O.T. Genasis single “Don’t Need A Thing” released in May 2012, he has wrote for Universal Motown artist Ginette Claudett, produced beats for popular emerging hip-hop artists Fred Da Godson and performed at musical showcases throughout NYC.