Alt-pop artist Pi Ja Ma creates a magical distraction from the festive season with new video ‘Family’ – the second single taken from her debut album ‘Nice To Meet U’ out 18th January 2019. ‘Family’ cleverly visualises the loneliness you can feel around the family Christmas table, and tells the story of a young girl whose desperate boredom sparks a wild imagination, complete with an anthropomorphic dancing Christmas tree. Sitting cross-legged amongst a landscape of paper doily trees, the snow falls softly down around Pauline before her enchanted world is turned upside down, the on-going hysteria matched with a staccato drum beat and electronic synthesised production. 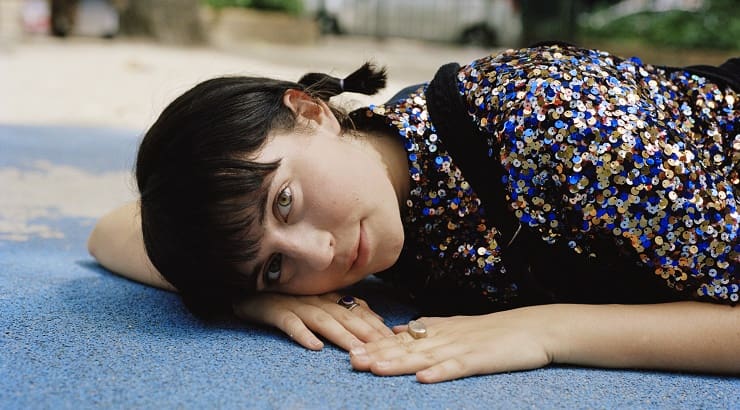 Discussing how the video was made, director Florent W. Dubois explains: “Pauline wanted a video about Christmas. We talked a lot about it. I got this idea of a movie set between a diorama made of papier mâché and Broadway theatre sets that would represent the interior of a snow globe, filled with zany characters from childhood cartoons.” Since the release of her debut EP ‘Radio Girl’ and the BBC 6 Music-approved single ‘Ponytail’ earlier this year, Pauline and producer Axel Concato have continued to perfect the aural aesthetic of Pi Ja Ma. Meeting in Paris, the pair’s collaboration was artistically “love at first sight” and they have since gone on to tour across France and the UK. Their quirky nature and pop appeal has earned them a recent support slot for Superorganism, as well as joining The Dø on coveted French record label Cinq7. Pi Ja Ma’s second offering from her upcoming debut album helps you cope with any number of scenarios awaiting this Christmas, whilst exploring the mind of a truly creative artist in her prime.