Percival Elliott are an indie rock duo from the south coast of England. Formed by the belief that true friends can create something meaningful, Olly Hite and Samuel Carter-Brazier united to grace audiences with their poignant lyricism and neo-nostalgic melodies and have since been captivating listeners at sold-out shows across the UK. Titled in memory of Hite’s great grandfather, Percival Elliott, born in 1883 was an inventor who created one of the first ice-cream emporiums in Brighton. After discovering a dusty box of trinkets in the back of Hite’s family attic, the untouched time capsule unveiled Percival Elliott’s mysterious inventions, engraved ice-cream paraphernalia, haunted photographs and time honoured war medals. The revelation of these long-forgotten hidden treasures became embedded within the duo’s imagination and musical creativity and thus Percival Elliott was reborn. 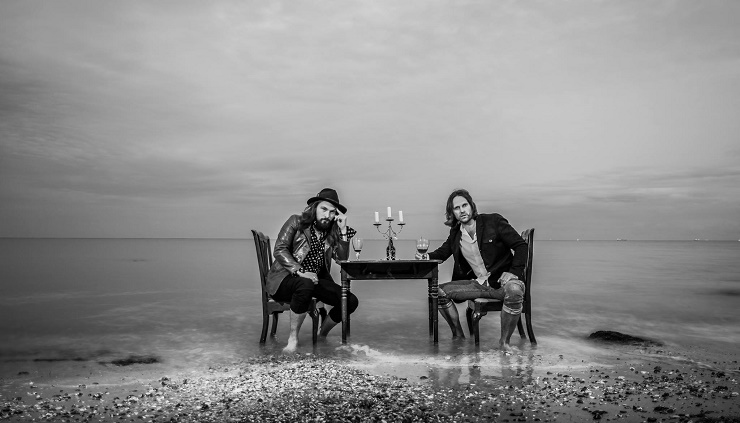 ‘Betty’ bursts with energy, featuring infectious melodies, gritty guitars and powerful dynamics, heightening to a climatic resolution. ‘Betty’ showcases the versatility of the duo, with a much bolder and statement sound, to their previous single ‘Forever’. Thematically the single focuses on how a life of fame, fortune and stardom can leave you feeling broken and alone. It’s a reminder to those, that success is not measured by levels of prosperity and how the media can distort reality. “This track holds a black mirror to society and reflects on how we all dress ourselves up to the world and pretend to be ok when deep down we’re not”, reveals Carter-Brazier. The duo are known for their signature style of hard hitting piano melodies, rhythmic guitars and retro vocal harmonies, all underpinned by a string quartet. Inspired by the likes of Queen, Supertramp and The Beatles, the influence of these Brit rock legends is clearly apparent in their music.

Percival Elliott’s successes to date include a national tour with numerous UK charting artists, as well as collaborating with the likes of Fatboy Slim. The duo have recently been causing a stir in the media, gaining the attention of high profile outlets such as Clash and Huffington Post. Their highly anticipated album Save Your Soul is due early 2018.