Payday 2 Trainer – Payday 2 (is a cooperative first-person shooter video game developed by Overkill Software and published by 505 Games. The game is a sequel to 2011’s Payday: The Heist. It was released on 13 August 2013 for Microsoft Windows, PlayStation 3 and Xbox 360. A second version of the game is scheduled to be released for PlayStation 4 and Xbox One, subtitled Crimewave Edition. Two years after the events of the previous game, a reformed Payday Gang come to the Washington, D.C. area to heist. The player takes control of one of the gang members and heists alone, with up to two AI players, as four player cooperative play or some combination of the previous to rob banks, do political engineering, traffic narcotics and more. The game differs on the previous by allowing much more customization of the player and reworking its stealth mechanics. An accompanying web series was produced to promote the game. The game was profitable from pre-orders alone and received positive reviews. Wikipedia®. 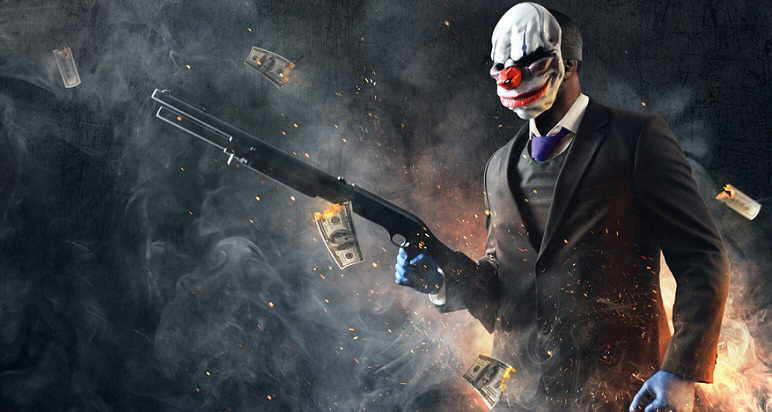 Payday 2 is an action-packed, four-player co-op shooter that once again lets gamers don the masks of the original PAYDAY crew – Dallas, Hoxton, Wolf and Chains – as they descend on Washington DC for an epic crime spree. The new CRIMENET network offers a huge range of dynamic contracts, and players are free to choose anything from small-time convenience store hits or kidnappings, to big league cyber-crime or emptying out major bank vaults for that epic PAYDAY. While in DC, why not participate in the local community, and run a few political errands? Up to four friends co-operate on the hits, and as the crew progresses the jobs become bigger, better and more rewarding. Along with earning more money and becoming a legendary criminal comes a new character customization and crafting system that lets crews build and customize their own guns and gear.