Command & Conquer 3: Tiberium Wars – Command & Conquer 3: Tiberium Wars is a military science fiction real-time strategy video game developed and published by Electronic Arts for the Windows, Mac OS X and Xbox 360 platforms, and released internationally in March 2007. The direct sequel to 1999’s Command & Conquer: Tiberian Sun by Westwood Studios, a now defunct company that was taken over and liquidated by EA in 2003, Tiberium Wars returns the Command & Conquer series to its roots in the Tiberium story arc of the franchise, once again featuring the factions of the Global Defense Initiative and the Brotherhood of Nod, and also introducing a new extraterrestrial faction known as the Scrin. An expansion pack to Tiberium Wars, titled Command & Conquer 3: Kane’s Wrath, was released on March 24, 2008. Tiberium Wars takes place in the year 2047, at the advent of and during the “Third Tiberium War” when the Brotherhood of Nod launches a worldwide offensive against the Global Defense Initiative, abruptly ending 17 years of silence and temporarily crippling GDI. With the odds tipped in the Brotherhood’s favor this time, GDI field commanders rally their troops and begin to combat Nod’s second re-emergence, trying to restore lost hope. In the middle of it all, a new playable faction appears: the alien Scrin. Wikipedia®. 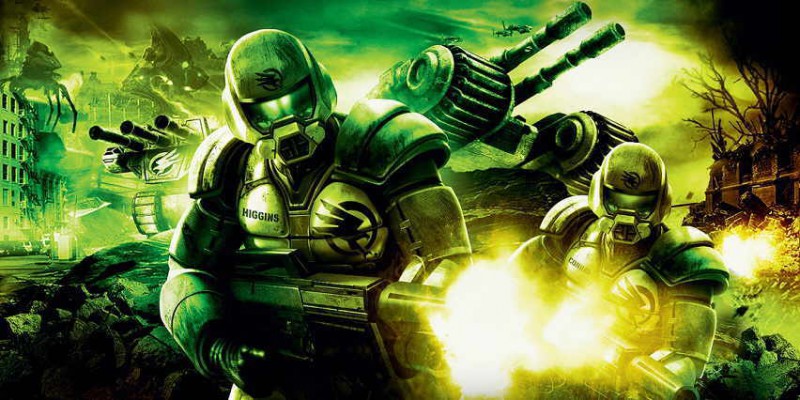 The Return of Tiberium, The Return of Kane, The Return of C and C. The year is 2047. A massive nuclear fireball explodes high in the night sky, marking the dramatic beginning of the Third Tiberium War and the long-awaited return of the most groundbreaking Real-Time Strategy franchise of all time. Command and Conquer 3 Tiberium Wars unveils the future of RTS gaming by bringing you back to where it all began: the Tiberium Universe. With the corrupt substance Tiberium blanketing most of the Earth, the infamous Kane is back to lead his Brotherhood of Nod in a massive global assault on the Global Defense Initiative (GDI) and the few remaining livable Blue Zones left on the planet. Only you can stop him. Featuring state-of-the-art next-generation graphics, an epic story, and truly innovative features such as the ability to transform online battles into a spectator sport, Command and Conquer is about to reinvent RTS gaming … again. Welcome back, Commander.