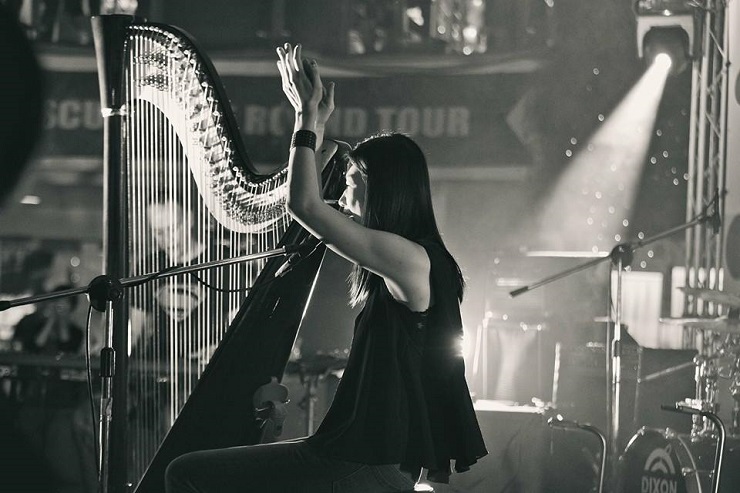 Taiwanese singer‐songwriter Paige Su makes music that could only come from her. In lieu of strumming a guitar, Paige’s instrument of choice is the electric harp, which she augments with effects pedals over a backdrop of her band’s intricate grooves, loops, and ambient textures.

Her music, which features lyrics in both Mandarin and English, ranges in style from dreamy Björk‐like tapestries to fuzz‐laden riffs and electro‐rock beats a la St. Vincent. Paige recently won Best Unique Single at the 2015 Golden Indie Music Awards in Taiwan for her song “Over the Fence”.

From a young age, Paige was a classical flautist and pianist. Later, after a brief stint as a jazz singer, she realized that she had a lot more to say through her original music. A constantly‐evolving artist, Paige’s songs show the influence of her extensive classical music training, as well as her love of everything from jazz to rock and EDM. Even elements of gamelan and Carnatic music show through in her songwriting, as a result of several musical sojourns to Indonesia and South India over the years.

A truly 21st‐century artist, Paige Su conjures a musical realm that is unlike anything else you’ve heard before.