Oparu is the musical endeavor of Los Angeles based songwriter, singer and actress Dianna St. Hilaire. Oparu’s music can be described as future electro with a dark ethereal undertone. Combined with dream-like operatic vocals, Oparu’s work creates a unique depiction of modern pop culture. Originally from Albuquerque, New Mexico, St. Hilaire started to write and perform music at a very young age in choir and musicals. Self taught, her first instrument was the piano and she worked tirelessly at the craft of reading and writing music. When St. Hilaire was in her late teens she began performing with punk bands and for producers as a back up/ studio vocalist in New Mexico, where she took on her first musical alias, the highly successful group Versailles. Partnering with the infamous Kim Fowley (The Runaways, Kiss, Joan Jett, Alice Cooper), she has toured the US extensively, been featured on the official Grammy ballots, as well as charting on Billboard. Versailles’s music was also on rotation with popular stations across the U.S. including KROQ and NPR tastemaker KCRW. 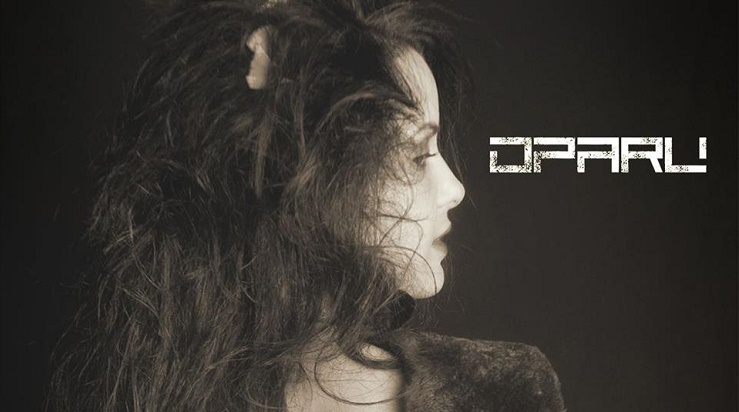 St. Hilaire reinvented herself in late 2015 with the new project Oparu, deriving from the Japanese name of the birthstone opal. Oparu’s roots stem from experimental electronic, 80s synth pop, and alternative rock. “The music represents pure animalistic human emotion”, St. Hilaire confesses, “It epitomizes what it is like to be human by transcending the human experience with self discovery and acceptance of who we are on an emotional level.” Influences can be found throughout the record including the likes of Mt. Eden, Lindsey Stirling, director David Lynch, American Horror Story, and Zola Jesus.

Oparu’s debut single ‘Remember Me’ is a stunning fusion of haunting pop, paired with operatic vocals and dark experimental electro. The theme of her music is raw emotion, “everything leads back to this in life. It is our human nature. People can’t handle coming face to face with their emotions and insecurities and therefor have a polarizing experience with my music.” she reveals. The next chapter in Oparu’s musical journey, is the highly anticipated debut single ‘Remember Me’ set for a November 2016 release.