One Piece: Pirate Warriors 2 (Wan Pīsu Kaizoku Musō Tsū?) is an action game developed by Tecmo Koei and published by Namco Bandai. It is the sequel to One Piece: Pirate Warriors. Due to the success of the first game, the sequel was released only a year after the first game. It was released in Europe on August 30, 2013 and in the U.S. on September 3, 2013. The game no longer uses a canon story like the original. Instead it uses an original story that take place two years after the Straw Hats Pirates entered the New World. Battles have been changed to focus more on the warrior gameplay, and the player will have to fight through higher numbers of enemies than the previous game. The quick time events from the first game has been removed completely. The game also features a coin system, in which players can spend the money they earn from stages to level up new characters quickly, instead of training them from level 1. One noticeable change from the previous game is how support is handled. Players can build up a support gauge throughout gameplay, and use it to go into “Haki mode”. When in this mode they have the option of temporarily switching characters, and playing as the new character until the support gauge runs out. Haki mode also gives a different benefit depending on the characters used: “Armament” characters do more damage when attacking, while “Observation” characters effectively slow down time, while retaining their normal speed. Wikipedia®. 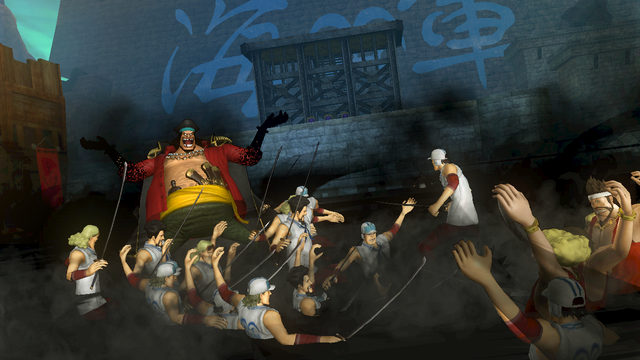