Need for Speed: Most Wanted is a 2012 racing video game with nonlinear gameplay, developed by Criterion Games and published by Electronic Arts. Announced on 4 June 2012, during EA’s E3 press conference, Most Wanted is the nineteenth title in the long-running Need for Speed series and was released worldwide for Microsoft Windows, PlayStation 3, Xbox 360, PlayStation Vita, iOS and Android, beginning in North America on 30 October 2012, with a Wii U version following on 14 March 2013 under the title Need for Speed: Most Wanted U. The game picked up on the Most Wanted intellectual property, as opposed to the Hot Pursuit reboot that Criterion developed previously. Need for Speed: Most Wanted received positive reviews, which focused on the world map that blended the styles of previous Burnout and Need for Speed games, and the social features, while criticism fell on the single-player mode. Following its release, the game won several awards including the 2012 Spike Video Game Awards for Best Driving Game and was nominated for Best British Game and Best Online Multiplayer at the 2013 BAFTA Awards, and was repeatedly recognized as the best driving/racing game of 2012 by several outlets. Wikipedia®. 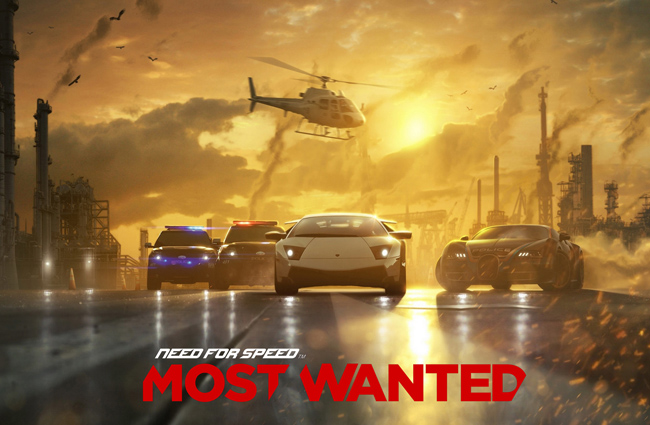