Euro Truck Simulator 2 is a vehicle simulation game and the sequel to Euro Truck Simulator created by SCS Software for Microsoft Windows and was released on October 19, 2012. Set in Europe, the player can drive across a depiction of Europe, visiting its cities, picking up a variety of cargos, and delivering them. The game now features two new truck companies, Scania and Renault, with MAN returning from the original game. DAF, Iveco, Mercedes-Benz and Volvo trucks were not officially licensed and had their names changed to DAV, Ivedo, Majestic and Valiant respectively. Later updates included the official branding for the DAF XF, Volvo FH16 and Iveco Stralis. On April 16, 2013, SCS released a Linux beta version of the game to the public through Steam. Wikipedia®. 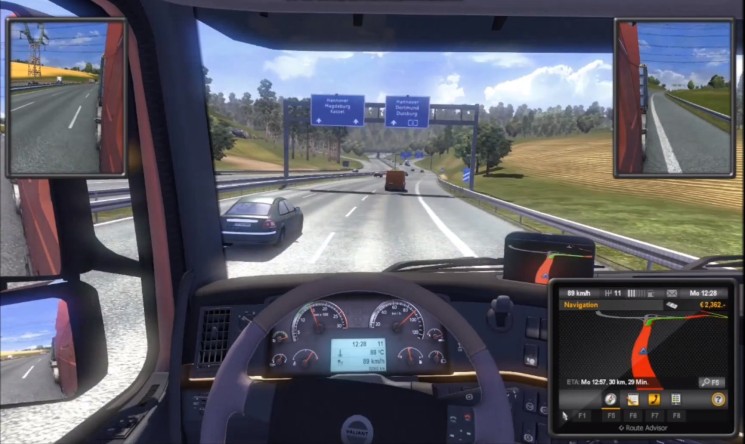 Euro Truck Simulator 2 offers an unrivalled trucking experience with a massive amount of content that will keep you playing for many months or even years! Prove your skills in manoeuvring these impressive vehicles and take on a selection of delivery contracts across an incredible amount of European cities! A phenomenal amount of work has gone into this title from the creation of a European map that has taken years to create, an in depth business management section and high quality graphics that are a feast for the eyes!