Skip to content
Home » Music » Moullinex & Lorenz Rhode: What U Do

After embarking on a world tour in support of his latest album, the effervescent Portuguese purveyor of groove Moullinex has teamed up with German producer and funk-master supreme Lorenz Rhode on new track ‘What U Do’, set for release on 6th May via Discotexas. Conceived from the duo’s mutual love for soul legend Stevie Wonder, ‘What U Do’ mixes together Moullinex’s beat-heavy production and Rhode’s trademark talkbox in this captivating dance floor marriage of old school electro and funk. The track’s sturdy skeleton is draped by a blanket of soulful harmonies, audacious grooves and captivating, Daft Punk-esque vocals. Impossibly catchy, ‘What U Do’ is buoyed by a constant snag of punchy percussion, which holds the listener hostage to its catchy rhythms and sonic synth lines. 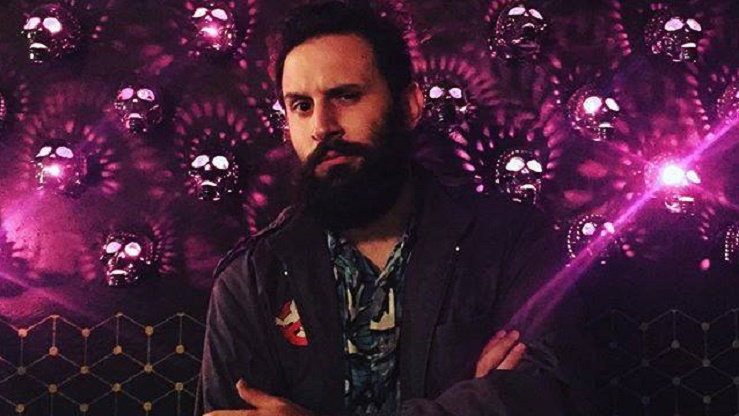 The Line Of Best Fit-approved Moullinex sits at the nucleus of the new project, following the release of his acclaimed LP ‘Elsewhere’, a record that sews together the rhythmic intricacy of Brazilian dance music and the subtle undertones of contemporary classical and garage. Hailing from Lisbon, Moullinex has made his trade as a producer and remixer, working with Cut Copy, Peaches, Sebastien Tellier, and Royksopp & Robyn, as well as on projects like Portuguese/Angolan outfit Throes + The Shine’s third studio album ‘Wanga’: a record driven by a strong current of world-fusion and dance music. Rhode, meanwhile, who has previously remixed the likes of Cassian, Moonbootica and Jamie Lidell amongst others, lends ‘What U Do’ his own smorgasbord of influences – from soul and disco to electronica – aiding Moullinex’s aim to consistently surpass musical definition and become “much more than a mere machine designed to make people dance”.
Moullinex’s straight-talking material aspires to meander through a variety of genres and contexts; from the mist of the club to lounging on the sofa at home: both multi-dimensional and multi-purpose. As such, he has embodied his tour from his last album into a new documentary titled ‘Elsewhere: A Dream Journal’.

Moullinex & Lorenz Rhode: What U Do (Original Mix)

As a producer and DJ obsessed with music from all different cultures and corners of the globe, the documentary follows Moullinex on tour around the world with his live band with stops in the US, South America and Europe, all the while focusing on DIY culture and the ups and downs of running an independent operation from a place that is often left out of the music industry’s map. Directed by Portuguese filmmaker Tiago Ribeiro and produced in partnership with Red Bull, the documentary will follow hot on the heels of ‘What U Do’ with a release on 24th May. Expertly mixed, produced and written, the collaboration between Moullinex and Lorenz Rhode on the deliciously groovy ‘What U Do’ pieces together a unique pastiche of dance music in a spellbinding tribute to soul and funk, whilst the Portuguese virtuoso’s forthcoming documentary will shine a light on what it really means to be Moullinex in his most personal project yet.

Moullinex & Lorenz Rhode: What U Do Lyrics: