Influenced by alternative icons of the 1980s such as Depeche Mode, the Cure, and Sisters of Mercy as well as crossover dance/metal acts such as Prodigy and Metallica, Mono Inc. are a goth rock band from Hamburg that found both critical and commercial success within Germany’s alternative music scene. Founded in 1998 as Mono69, the band was originally a trio comprised of Miky Mono (vocals, bass), Martin Engler (vocals, drums), and Carl Fornia (guitar). In 2000 the band changed its name to Mono Inc. and later added Manuel Antoni (bass) to the lineup in 2003. Mono Inc. made their recording debut a year later in 2004 on No Cut Records with the full-length album Head Under Water, which spawned the alternative music chart hit “Burn Me.” In the wake of this initial success, the band experienced growing internal tensions, between frontman Miky Mono and songwriter/drummer Martin Engler in particular. In the end, Mono was shown the door; a new drummer, Katha Mia, was hired; and Engler became the band’s new lead vocalist. 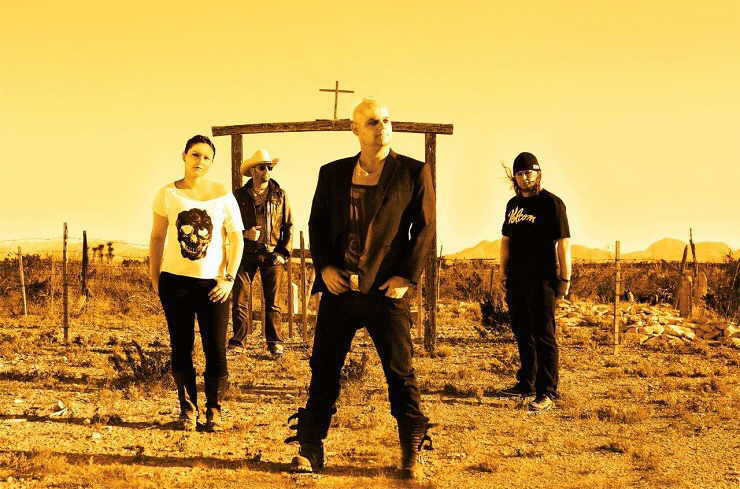 With this new lineup in place, Mono Inc. resumed music-making, releasing first the maxi-single Somberland (2006) and then the full-length album Temple of the Torn (2007), which spawned additional singles in the title track and “In My Heart.” In 2008 the band continued to issue new music, first releasing the maxi-single Teach Me to Love (a collaboration with Lisa Middelhauve of the band Xandria) and then the full-length album Pain, Love & Poetry, which spawned the additional single “Sleeping My Day Away,” an alternative chart hit. In 2009, the group released their fifth album, Voices of Doom, and continued to tour Europe mainly as a support act. Following 2010’s Comedown EP, Mono Inc. landed their first headlining tour and their popularity began to increase. With the release of 2011’s Viva Hades, the group were becoming a draw at major European festivals and they soon signed a deal with SPV Records, who released 2012’s After the War which rose to number six on the German charts. In 2013, the group released Nevermore, which charted at number three, becoming their most successful album to date. ~ Jason Birchmeier & Timothy Monger, Rovi