“You begin to wonder, are we the townspeople or are we the monster?” says Nick Brown, the band’s front man and producer. The pastor’s son named the group after his grandmother, Mona Brown, who was a worship leader in the same denomination as Jerry Lee Lewis and Elvis Presley. MONA is a four-piece band that carries a rock and roll attitude based in spiritual roots whether they are playing to 9 people in a dive bar or 90,000 at a festival. Brown, along with fellow Dayton, OH native Vince Gard and Kentucky boys Zach Lindsey and Jordan Young come swinging once again with Torches & Pitchforks, a sophomore album that demands attention. The band has not done too shabby over the last couple of years. Inking a deal with Universal Music Groups Mercury/Island Def Jam Records and then releasing its self-titled, critically acclaimed debut album proved to be just the beginning for the four Midwest boys. Mona earned them a spot on the BBC’s prestigious “Sounds of 2011” and saw them named MTV Awards’ “Brand New Honors for 2011.” MONA climbed into the Top 40 in the UK and leapt into the Top 20 on Billboard’s Heatseekers chart after its US release in February 2012. The band also went on to TV appearances on Later…With Jools Holland, The Tonight Show and Conan, not to mention two years straight of international tours which has helped them fully develop their, “leave it all on the stage” attitude. While headlining plenty of shows along the way they were also invited on the road with the likes of Robert Plant, Arcade Fire, Noel Gallagher and Kings of Leon and at this point MONA shows no signs of slowing down. “We want our music to be heard by more and more people, but our responsibility is to be truthful to ourselves,” says Nick. “We try to have a song for every human emotion, which I still call the ‘Three F’s… Faith, fucking and fighting.'” Torches & Pitchforks wrestles with the idea of ‘who is really good and who’s really evil?’ and lives up to the imagery of frightened villagers chasing after the town monster. The songs depict a dualistic world and walk a thin line challenging the listener to find solace only in the music itself and not rely on old familiar ways or the new modern life. Recorded and produced by Nick in his Nashville home and mixed by Mark Needham (The Killers, Sly and the Family Stone, Chris Isaak), MONA prove they are not afraid to take artistic risks, even if the pressure is on for commercial success.

Blending scorched earth rockers like the lead single “Goons (Baby, I Need It All),” the gauntlet-dropping, Led Zeppelin inspired “Cross the Line” and self-declared “summer drunk song,” “Wasted,” are the yin to the yang of emotional back and forth relationship songs “Freeway” and “Like You Do.” MONA touch even more emotions with the rockabilly chugging of “Darlin,” the “take you to church” gospel title track “Torches & Pitchforks, a tribute to all blue collar workers with “Late Night” and the epic, Beatles-esque, six-minute closer “Love Divine,” with Brown channeling John Lennon’s primal scream. If that wasn’t enough, “Truth,” “Me Under” and “L.L.L.” in addition to head space changing interludes take the listener on a 48 minute journey to contemplate all things human. Once again with the dualism Brown says “our band motto is, ‘Dead Serious, Just Kidding.'” “Rock and roll can change the world, but we’re also just two pieces of Ohio white trash and two Kentucky rednecks making noise. We don’t have any expectations as to what the album will sell or how critics will view it, but as artists we are really proud of it and I think our fans will be too. I want MONA to be a band that matters. If people do latch on to us, I don’t want them to think they are wasting their time. We want to touch all emotions and be a part of the soundtrack to their lives.” …..and encourage everyone to have a little fun along the way.”

Mona – Like You Do Lyrics:
Everybody talks and nobody listens
Don’t you know now it’s easy to miss
When love comes and it leaves so fast you
Leave it alone even for a while
You’ll soon see a face without a smile
Saying I can’t go on living like you
Do do do do do do do

Now I don’t wanna talk about
Everything we did before
I just wanna say now
I wanted more and more
Yesterday close its eyes
I could never say goodbye
Like you do, like you do

Now I don’t wanna talk about
Everything we did before
I just wanna say now
I wanted more and more
Yesterday close its eyes
I could never say goodbye
Like you do, like you do 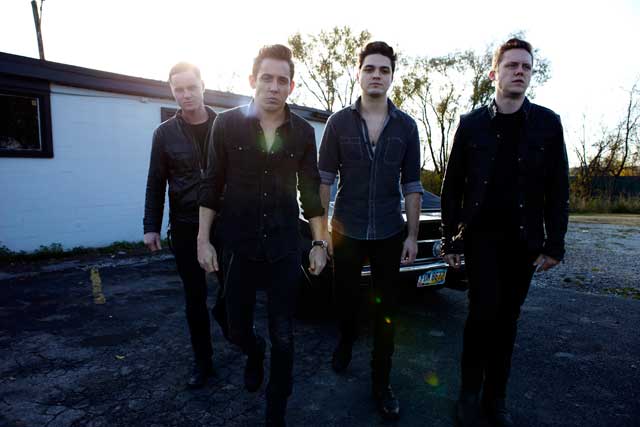