Following the success of last summer’s ‘Self Help Dance’ EP, championed by NME, Clash and Radio 1’s Huw Stephens, forward-thinking producer MODEL 86 returns on 8th July with his new EP, the chaotic ‘When You Realise People Are Not One Dimensional Characters In A Movie Of Your Life’. Written over the past six months, the five track release bounces off the walls like nothing Manchester-born, London-based Matthew James Wilcock – the man behind the moniker – has done before. A kaleidoscope of weird and wonderful textures, the EP explores the nooks and crannies of experimental electronic, R&B, and contemporary hip-hop. Blending together an eclectic mix of diced samples, storming bass, beautiful refrains and bold rhythms, ‘When You Realise…’ provides a sound reminiscent of Hudson Mohawke, Flying Lotus and Flume. 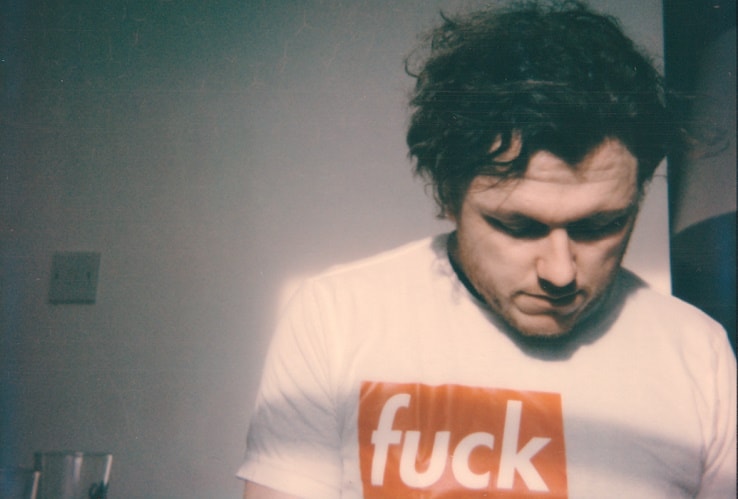 An avid vinyl collector since his teens, MODEL 86 incorporates his love of music into his own material in the form of his trademark use of samples. The EP’s opening track ‘Holdin’’ sets the tone straight from the off as an explosive hip-hop fling of choppy samples: a footworky rhythm with emotional breakdowns. Full of contrasts, the tone shifts on ‘MONO’ to more balanced timbres of sampled flutes, bluesy guitar and pitched vocal samples. In keeping with its hyperactive R&B flavour and plastic warm synths, ‘NEED 808’ features vocal samples from Next’s ‘Butta Love’. The dusty drums of ‘Fake Life Jackets’ hits the EP’s midpoint with an array of vinyl samples and enthralling vocal hooks. Finding a space between the minimalist beats of Mount Kimbie and the sample-heavy madness of DJ Shadow, the release calmly closes on the magical ‘Fallin Dust And Snow In A Ray Of Sun’: a gently thatched cottage of repurposed folk guitar, vinyl crackles and tentative percussion.

After dropping out of Art College to study music, MODEL 86 began exploring a waypoint between New York hip-hop, ‘70s funk, jazz and contemporary electronic music, whilst exploring his interest in the way music and sound dissect. Having produced prolifically for commercials, TV and film, he finally came into his own with his debut EP, ‘Self Help Dance’ in 2015. Following on naturally from his first release, the producer’s latest endeavour continues the theme of genre-mashing, but with a more considered structure and approach. Set for release on 8th July, MODEL 86’s deliciously experimental new EP, ‘When You Realise People Are Not One Dimensional Characters In A Movie Of Your Life’, sits in the upper echelons of experimental production: both percussively multifarious and melodically resonant, it’s his most outlandish work to date.