Might & Magic Heroes VI is a turn-based strategy video game for Microsoft Windows developed by Black Hole Entertainment and published by Ubisoft. It is the sixth installment in the Heroes of Might and Magic series, and was released on October 13, 2011, coinciding with the 25th anniversary of the Might and Magic franchise. Heroes VI acts as a prequel to Heroes of Might and Magic V, occurring almost five centuries earlier, and is set in the fictional world of Ashan. The story follows the five heirs to the Griffin dynasty in their quests to repel a demon invasion and assist or impede Michael, a legendary Archangel general plotting to revive an ancient war.As in previous Heroes of Might and Magic titles, the player can choose between single-player or multiplayer modes of play, and controls a number of heroes and towns associated with various factions, commanding armies of creatures between tactical overland exploration and a turn-based combat system to satisfy each scenario’s victory conditions. Heroes VI alters some of the series’ long-standing conventions, overhauling its chance-based skills system and reducing the number of resources in its economics model, and also introduces new mechanics, including a points-based reputation system and the ability to convert one faction’s towns to another. Heroes VI has been received positively, attaining a score of 77 from the aggregate review site Metacritic. Reviewers praised the title’s replay value, visuals and improvements to the Heroes formula, but were critical of the numerous bugs and glitches in the release version and its intrusive DRM system, which requires players to maintain a connection to the Internet to avail of several features. Wikipedia®. 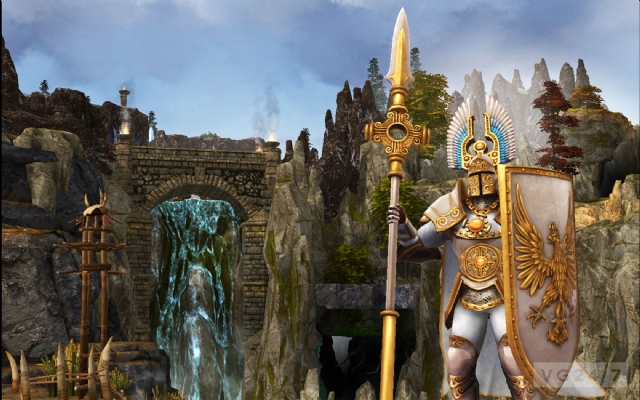