Until yesterday I had never heard of DJ Clock before I only have heard this one track from him and I really like it. It’s no doubt a track for the summer it’s a very chilled, cool and poppy track and the vocals are light and easy going. The lyrics to the song are repetitive and catchy, I found myself singing along to the chorus which consist of the title name ‘Remember You’ . Though it’s quite upbeat there’s a nostalgic sad feeling I get… the lyrics talk about what I assume a past love he wants to forget her “watever, forget her, pretend that you never met her…” but he cant forget her ” I’ll never forget her, no matter whatever happens to me…”. On the whole it’s a track I want to play again repeatedly till I get sick of it, I completely love it and if I had to describe it in a few words it would be ‘summery’ ,’poppy’ ,’nostalgic’ and ‘catchy’.

The second single from Dj Clock’s album “The Fourth Tick : A Clockumentary. Here he teamed up with the Cape Town based pop band “Beatenberg.

Beatenberg is a fresh new face in pop music from South Africa. Or rather, three faces, handsome and young and intelligent. The faces are of Matthew Field, who also has a beautiful voice and plays the guitar, Ross Dorkin, who has beautiful hands that play the bass, and Robin Brink, who has a beautiful life-force and plays the drums like a nutcase. Despite being in love with and schooled in ‘serious music’ like Beethoven, Debussy and John Coltrane, (Ross and Matthew studied music together at the University of Cape Town) Beatenberg is adamant that they are heard as ‘pop music’, which they believe is actually quite serious too. Songwriter Matthew says: ‘It’s about emotions, images and fleeting senses of things: the mad stuff that everyone feels and almost understands.’ 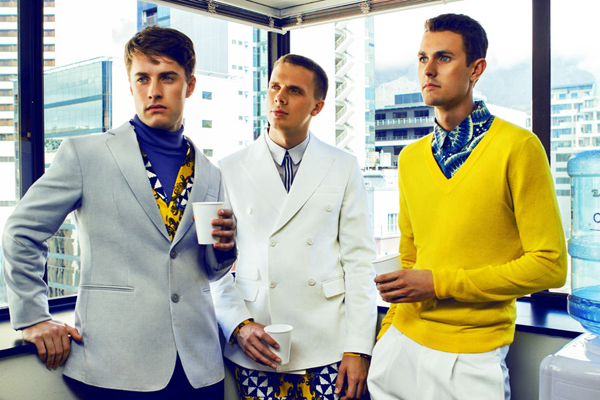