Metal Gear Rising: Revengeance is an action hack and slash video game developed by PlatinumGames and published by Konami Digital Entertainment. Released for the PlayStation 3, Xbox 360 and Microsoft Windows, it is a spin-off in the Metal Gear series, and is set four years after the events of Metal Gear Solid 4: Guns of the Patriots. In the game, players control Raiden, a cyborg who confronts the private military company Desperado Enforcement, with the gameplay focusing on fighting enemies using a sword and other weapons to perform combos and counterattacks. Through the use of Blade Mode, Raiden can dismember cyborgs in slow motion and steal parts stored in their bodies. The series’ usual stealth elements are also optional to reduce combat. The game was originally being developed internally by Kojima Productions, who announced the game in 2009 under the title of Metal Gear Solid: Rising. However, the team met with difficulties in developing a game based on swordplay, so executive producer Hideo Kojima postponed its development until a solution could be found. The project resurfaced in late 2011 under its finalized title, with PlatinumGames as the new developer. The game underwent significant changes in its play mechanics and storyline under PlatinumGames’ involvement, although Kojima Productions retained responsibility for the game’s overall plot and Raiden’s design. fights. However, some criticism was directed at its camera and the length of the story mode. Wikipedia®. 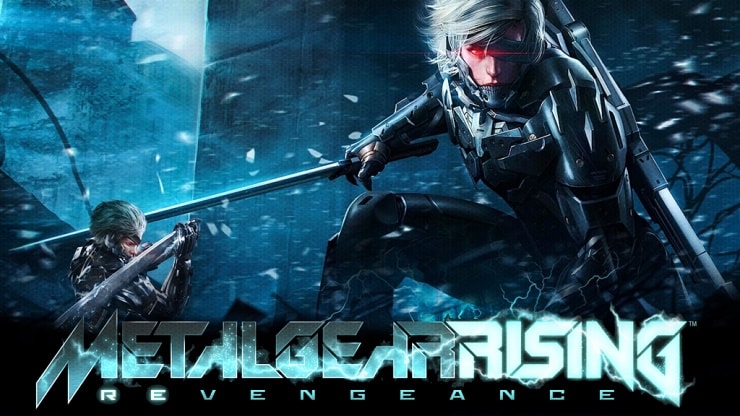 Developed by Kojima Productions and PlatinumGames, METAL GEAR RISING: REVENGEANCE takes the renowned METAL GEAR franchise into exciting new territory with an all-new action experience. The game seamlessly melds pure action and epic story-telling that surrounds Raiden – a child soldier transformed into a half-human, half-cyborg ninja who uses his High Frequency katana blade to cut through any thing that stands in his vengeful path! A huge success on both Xbox 360® and PlayStation®3, METAL GEAR RISING: REVENGEANCE comes to PC with all the famed moves and action running within a beautifully-realised HD environment. This new PC version includes all three DLC missions: Blade Wolf, Jetstream, and VR Missions, in addition to all customized body upgrades for Raiden, including: White Armor, Inferno Armor, Commando Armor, Raiden’s MGS4 body, and the ever-popular Cyborg Ninja. “CUTSCENES” option added to the Main Menu. Play any and all cutscenes. “CODECS” option added to the Main Menu. Play all and any codec conversation scenes. Menu option added to the CHAPTER Menu enabling user to play only the Boss battles.