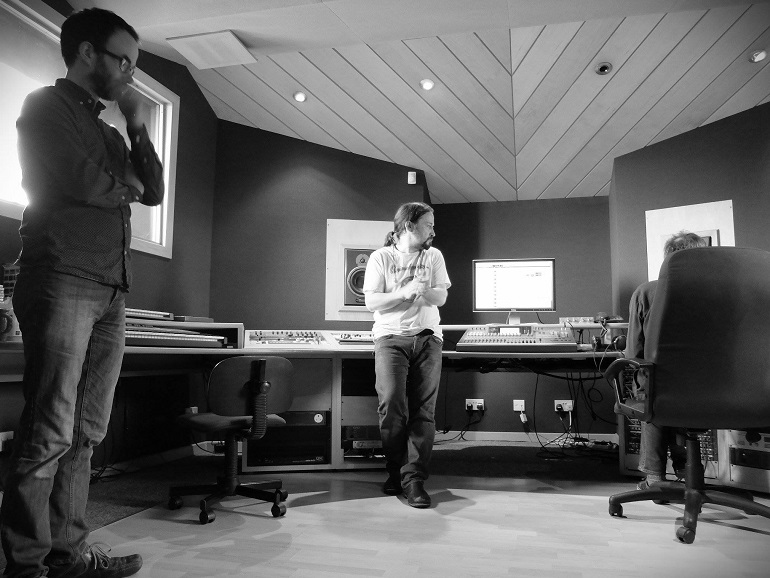 ‘Putty’ is the first single taken from our forthcoming band album ‘We Weathered The Storm’ and is released on January 26th 2018. Think The Traveling Wilburys meet R.E.M. in a windowless cell, are quietly killed and

The Low Countries are Nigel Parrington with up to three other musicians, depending on babysitters. Nigel started writing songs during the great war (Blur won) in a remote Mental Hospital in Hertfordshire. He escaped

and formed The High Ones in London with Mark Lee (The Pocket Gods)- Nigel wrote most of their indie-pop style songs and tours of Belgium and the home counties ensued. They met Sinead O’Connor and Nigel saw Terry

Nutkins standing on a roof. A single ‘Sunny Day’ was a hit in Belgium and Nigel toured Studio Brussels placing their EP in random drawers, where they remain. Nigel changed his name to Niels and moved to Antwerp – The

High Ones had one last hurrah in The Borderline after drinking several Antwerp bars dry and conversing with dEUS.

Nigel worked briefly for Warner Bros Belgium and through this contact The Low Countries were born, going on to win valuable studio time in a few swanky Flemish studios, all of which boasted that ‘Bohemian Rhapsody’

was recorded on their sound desk, hmm. During his ‘Flemish blue period’ Nigel soaked up Flemish sounds and smells writing some classic songs, witty lyrics with a rich skein of melancholy.

Moving back to the North of England in 2006 Nigel was signed to Nub Music and began releasing seven albums over a period of 8 years. In 2014 Nigel and Els formed a 5-piece band recording an EP in 2015 . They’re about

to release a new band album on Nub/ADA/Warners – ‘We Weathered The Storm’ – in March 2018.