Skip to content
Home » Music » Mean Jeans – Anybody Out There

Mean Jeans – Anybody Out There
Mean Jeans were formed by guitarist and vocalist Billy Jeans (he won’t divulge his full name, but his actual first name is Christian), who had earned a small degree of fame while living in Washington, D.C. as C-Rex, a deliberately absurd white rapper who sang over the top paeans to sex and drugs over cheesy synthesized beats. C-Rex got tired of doing deliberately low-grade hip-hop, and with his friend Andrew (who plays drums and uses the stage name Jeans Wilder), he moved to Portland, Oregon in late 2006 with an eye toward starting a punk rock band. Inspired by the Ramones and groups that clearly modeled themselves after the Ramones (most notably the Riverdales and the Queers), Christian and Andrew became Mean Jeans, and played out as a duo for close to a year until they crossed paths with Howie (known to his fans as Howie Doodat), a bassist who shared their musical interests and somewhat reckless fondness for chemical recreation. Enough people began taking Mean Jeans seriously that in 2008 they struck a deal with Rehab Records, who issued their debut single, “Stoned 2 the Bone.” A few months later, Dirtnap Records followed suit, releasing a 7″ EP, License to Chill, as well as Mean Jeans’ first full-length effort, 2009’s Are You Serious? In 2010, Chicago’s Trouble in Mind Records issued a Mean Jeans single, “Tears in My Beers” b/w “Cool 2 Drive,” and in 2011, when they headed out on tour with the band Hollywood, the two acts cut a split single for Big Neck Records. By this point, Howie Doodat had left the group, and new bassist Jr. Jeans joined in time to help record the second Mean Jeans album, On Mars. ~ Mark Deming

Mean Jeans – Anybody Out There

Go so far out nobody can see
Are you way out there
Someone, somewhere
Somebody like me

Go so far out nobody can see
Are you way out there
Someone, somewhere
Somebody like me 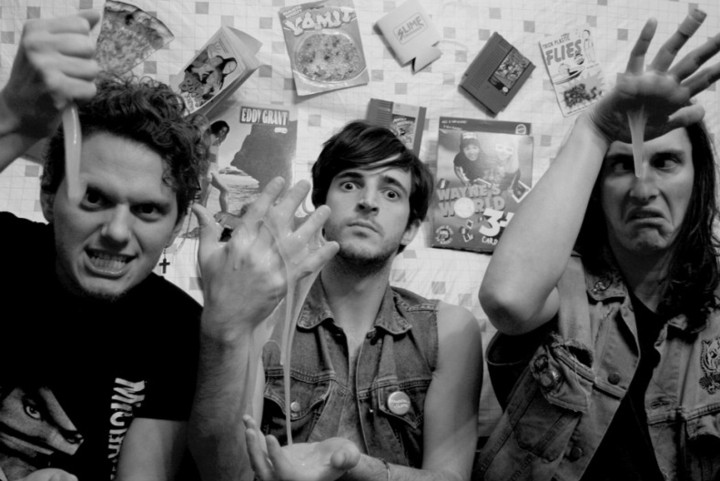