Skip to content
Home » Music » Too Many T’s: Sixty’s Ford

London-based rap duo Too Many T’s return, hot on the heals of their latest offering of hard-hitting hip-hop, with their new single ‘Sixty’s Ford’, set to drop 14th October 2016. The pair’s latest dose of rhythmic rap continues their legacy with powerful bass and a tapping snare providing the backdrop as Leon ‘Rhymes’ Smith and Ross Standaloft spit their trademark fast-flow lyrics. Production courtesy of Odjbox and Flux Pavilion tees up the track for Leon and Ross to smash it out of the park, bringing the energy of their standout festival performances direct to our ears. The pair have conjured up support for their matchless lyricism over the past few years, gigging prolifically on a journey which has taken across the length and breadth of Britain. From Glastonbury, Bestival and Secret Garden Party to going on stage before the Beastie Boys (or rather a screening of ‘I Fuckin’ Shot That’ in Camden Market), Too Many T’s have proved themselves to be a tour-de-force on the live circuit, picking up champions left right and centre from the likes of Huffington Post, Louder Than War, and Radio X’s John Kennedy. 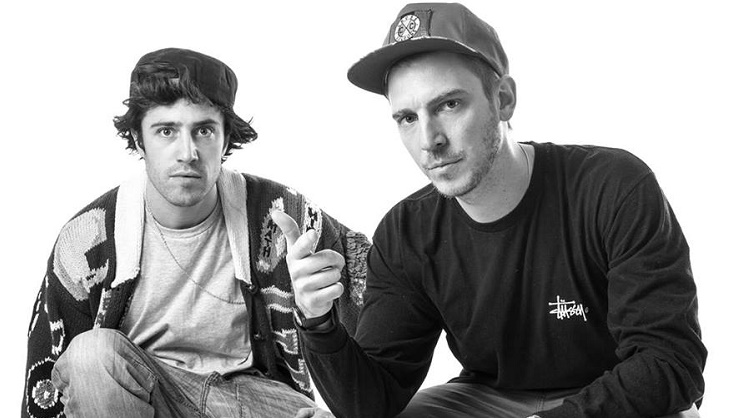 The high-octane track kicks off with a snare heavy introduction before the potent-pair’s fast-paced lyrics lead us on what they describe as “a crazy adventure through beach, sea, forest, road and space – beginning and ending in a hotel.” Always on the look out for original ways to produce their tracks, the T’s explain that the booming bassline was created by accident, and originates “from the sound of a smashed plastic window vibrating in the studio. We realised the broken plastic window made a crazy bass noise when the sub was on, so we mic’d it up and recorded it.” Too Many T’s’ unique take on hip-hop with rapid fire lyrics laden with the duo’s quick-wit, coupled with Odjbox and Flux Pavilion’s tight and powerful production techniques allows their colourful personalities to shine through, translating festival ready energy into recorded music. Ahead of the pair’s forthcoming debut LP, set to drop in early 2017, ‘Sixty’s Ford’ represents another dose of the lively lyricism and refreshing levity that has made them one of this summer’s must-have festival acts, and will soon see them release next year’s must have album.

Too Many T’s: Sixty’s Ford

With production courtesy of Odjbox and Flux Pavilion, the track features a snare heavy intro before a booming bassline created by accident using the sound of a broken window in the studio, the T’s explain how they “realised the broken plastic window made a crazy bass noise when the sub was on, so we mic’d it up and recorded it.” Dropping ahead of the pair’s forthcoming LP, coming in early 2017, the track brings their trademark festival energy that has seen them whipping up crowds at Glastonbury Festival, Secret Garden Party and Bestival this summer. To celebrate the single release the T’s will be playing a one off show on Wednesday 19th October at the Sebright Arms, London where they will be sure to get the crowed fired up showcasing tunes from the album.

Too Many T’s: Sixty’s Ford Lyrics: